‘Religious segregation under one roof' proposed for Isle of Man school 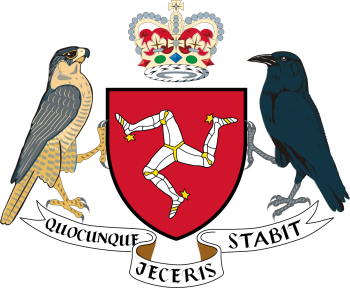 A faith school will co-locate with a non-religious school while retaining a faith-based ethos, in what the National Secular Society has termed "a farce".

The Department of Education and Children in the Isle of Man has determined that St Thomas' C of E Primary School, the only Church of England school on the island, is "no longer fit for purpose". It has cited the school's lack of disability access and its location within a constrained town centre space.

A considerably under-capacity community primary school, Scoill Vallajeelt, is located less than two kilometres from St Thomas'. However, instead of closing St Thomas' and offering the pupils places at Scoill Vallajeelt, the Department has decided to co-locate the two schools.

Scoill Vallajeelt is a non-religious school. But St Thomas' will operate on the same grounds while retaining its own headteacher, governing body, curriculum and faith-based ethos. In effect, there will be two groups of pupils studying on the same premises – but separated by faith.

This co-location of a religious school within a non-religious school is thought to be the first of its kind in the British isles. The NSS has previously criticised 'segregation under one roof' schools that co-locate two faith schools.

The co-location has been scheduled for September 2018. The proposal is supported by the Church of England and representatives of the Diocese.

Douglas Councillor Claire Well is one of a number of parents of children attending Scoill Vallajeelt who have expressed opposition to the plans. Speaking on Manx Radio, she said: "My fear of bringing a different school in and saying, 'well, these children are different to my children because they are in a faith school'...I'm not sure that that's the kind of message I want to portray to my children.

"We have children in the school who are Church of England, we have Muslims, we have all sorts of children. And they are accepted and they all get on beautifully. And I am concerned that this will bring a segregation and I don't feel the education department has even thought about that."

The NSS has contacted the Department of Education and Children, prompted by worried parents affected by the plans. The society expressed concerns that the inclusive ethos of Scoill Vallajeelt will be undermined and the proposals will prompt other religious schools to be moved into community schools.

The NSS also asked the Department to confirm claims made by the parents that no public consultation or equality impact assessment had been undertaken at any stage of the planning process.

The Department did not acknowledge these concerns in its response, which said: "The term 'segregation' has sadly been misused by a small number of parents at Vallajeelt in their efforts to prevent this move. It is not a term recognised by the Department and we would not condone or tolerate such a practice."

The Department said it had not considered closing St Thomas' and merging the children with Scoill Vallajeelt because "to close the school and have these children merged with a larger school would go against the island's commitment to parental choice".

But the Department's response also revealed that neither a public consultation nor an equality assessment analysis had been undertaken before the decision to co-locate the schools, because they were "not required." The recently introduced Isle of Man Equality Act specifically exempts decisions over school closures, with many such reorganisations necessitated by the island's changing demographics.

Stephen Evans, NSS campaigns director, said: "Rather than pursuing the parsimonious solution of simply offering places at the viable school to pupils from St Thomas', the Department is jumping through unnecessary hoops to create a farce of a school within a school.

"If these proposals go through, then for the first time students on the Isle of Man will be segregated by their parents' religion, inside one school building. While we'd obviously like to see pupils of different backgrounds brought together, the only real way to do this is through inclusive community schools for all pupils. Making the two schools co-locational but with different uniforms, classes and so on will simply highlight separateness, and create a sense of otherness.

"If the schools are co-locational, there is likely to be spill over in some of the softer ways the faith school promotes their religious ethos.

"We understand that the island's schools face significant challenges with a changing population. We understand this requires difficult decisions to be made about school closures and reorganisation. However, making the provision of denominational education the overriding concern will only add to these difficulties."

The image shows the coat of arms of the Isle of Man.