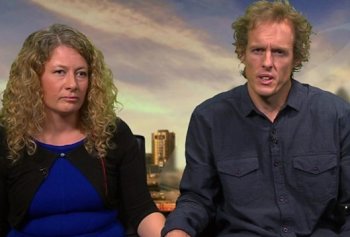 Parents of a pupil at a Church of England primary school have withdrawn their 6-year-old son in protest at the school allowing a student to wear a girl's uniform.

Nigel and Sally Rowe – who had previously withdrawn an older child from the unnamed Isle of Wight School in a similar row – are supported by the Christian Legal Centre and intend to sue the school. Mrs Rowe told the BBC's Victoria Derbyshire programme that the idea of gender fluidity conflicted with their Christian beliefs.

The row erupted after Mr and Mrs Rowe complained to the school about a pupil who wears both male and female school uniforms. The couple told the Sunday Times that the school's decision left their son "confused", and that by failing to "consult" them, violated their right to raise their children with 'biblical' values.

The Christian Legal Centre is run by Christian Concern – an organisation which works "to infuse a biblical worldview into every aspect of society" in order to "return" the UK to Christianity.

Alastair Lichten, National Secular Society campaigns officer, said: "Most people of all faiths and none realise that life involves encountering people with different values, identities and outlooks. However, as religious fundamentalists' homophobia is becoming less and less relevant, many are seeing transphobia as a growth area where they can sell their persecution fantasies.

Mr Lichten said that such cases sought to "advance the idea that not being able to impose your religious values is a form of discrimination". Similar cases included calls for religious exemptions to school uniform policies; complaints about a National Trust survey including 'non-binary' alongside male and female on a question about gender; and a Jewish school wishing to exclude children of a trans parent.

Jeff Williams, director of education for the Diocese of Portsmouth, defended the school, telling the BBC that "like any other state school, our schools comply with the legal requirements of the Equalities Act 2010". C of E faith schools' exemptions to the Equality Act do not extend to gender identity. However, faith schools in England can teach about relationship and sex education (RSE) within a framework of their religious ethos.

Mr Lichten commended the school for "standing by its anti-bullying policy". However he added that faith-based schooling contributed to "the unreasonable expectation that schools exist to promote parents' religious preferences, rather than children's educational needs".