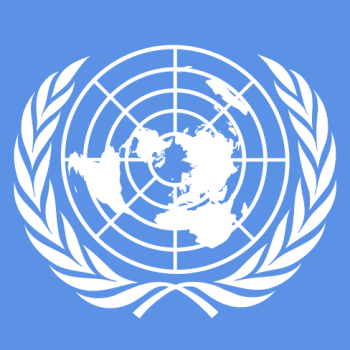 The UN's Human Rights Committee has told Pakistan to end its blasphemy laws and do more to protect religious minorities.

Last week the committee adopted a set of observations under the International Covenant on Civil and Political Rights. Signatories to the covenant agree to "promote universal respect for, and observance of, human rights and freedoms".

Observers say atheists, Ahmadi Muslims and Christians have been targeted for blasphemy in Pakistan. Some have been killed or forced to convert. In April Mashal Khan, a student, was killed by a lynch mob after being falsely accused of blasphemy. At least one man has been sentenced to death for blasphemy.

The committee said Pakistan has a high number of prosecutions for blasphemy based on false accusations. It said mobs and non-state actors had attacked those accused of blasphemy and their defenders. It added that judges dealing with blasphemy cases are often harassed, intimidated and threatened and there was a low rate of prosecution and conviction of perpetrators.

It criticised the Pakistani government's wider record on free expression, including its use of "religiously biased content in textbooks and curricula in public schools and madrassas". Defamation is a criminal offence in Pakistan, and there have been legal crackdowns on the media.

The committee expressed alarm at "continued reports of hate speech and hate crimes against persons belonging to religious minorities and their places of worship". It added that Ahmadis had been registered to vote on a separate voting list.

It said Pakistan should "review its laws relating to freedom of expression" and "repeal all blasphemy laws or amend them in compliance with the strict requirements of the covenant". Article 19 of Pakistan's constitution gives citizens the right to free expression, but allows for "reasonable restrictions imposed by law in the interest of the glory of Islam". Pakistan has also limited free speech for its broadcast media.

The committee also said Pakistan should: better protect those involved in blasphemy cases; review its school textbooks and curricula to remove "religiously biased content"; and "improve the election system and procedures" so "all citizens can exercise their right to vote without obstacles". It called for tougher punishments for those engaging in violence against blasphemers and hate crimes.

And it asked Pakistan to report within a year to explain how it is implementing its recommendations on freedom of religion, conscience and belief.

The National Secular Society has campaigned throughout its history for an end to blasphemy laws. The NSS played a leading role in the abolition of blasphemy law in Britain in 2008, and continues to lobby for international protections for free expression.