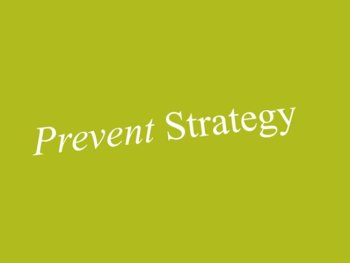 A court case, new figures from higher education providers and comments by a senior officer at Scotland Yard have all delivered bad news for Prevent's critics.

On 26 July a legal challenge to the strategy was defeated at the High Court. Salman Butt, the chief editor of the website Islam21c, lost a challenge against the campaign's guidance to higher education institutions.

Butt claimed the guidance infringed his freedom of speech and the handling of his personal data interfered with his right to a private life.

The High Court rejected his claim on all counts. Mr Justice Ouseley ruled that the guidance did not exceed the government's powers and that Butt had no reasonable expectation of privacy as the data he referred to had been published in the context of public debate.

He said "understanding why people are drawn into terrorist-related activity, and seeking to prevent them from being drawn into that activity, is a proper and necessary activity of the state."

The judge said he was "quite unable to accept" that Butt's claims were evidence of "some general chilling effect" on free speech. He said no higher education institution had provided evidence that Prevent had restricted free speech in practice, nor had anyone been unable to invite Butt to speak as a result.

He added that extremism "must in some respect risk drawing others into terrorism before the guidance applies to it".

Last week the Higher Education and Funding Council for England said that 95% of the 313 higher education providers were showing "due regard" to their duties under Prevent.

And this week one of the Metropolitan Police's most senior officers said criticism of Prevent was based on "ignorance". Commander Dean Haydon, the head of the force's counter-terrorism command, said some of the criticism of the strategy came from "sections of the community that just don't want it to work".

Usama Hasan, of the counter-extremist group Quilliam, wrote in the Guardian that Commander Haydon's analysis was "quite right".

"Hundreds of British men and women, mainly youths and some prisoners, have been mentored away from terrorism and towards more constructive avenues in life," Hasan wrote. He added that "many" had been stopped from travelling to join Islamic State abroad.

The government says Prevent is designed to respond to the ideological challenge of terrorism, stop people from being drawn into terrorism and support those at risk. It places particular focus on institutions such as schools, faith organisations and prisons, where the risk of radicalisation is considered greatest.

The strategy, which was created in 2003 and updated in 2011, has frequently come under attack from organisations who accuse it of stigmatising Muslims. This week the advocacy group CAGE called Prevent a "toxic" policy which "overwhelmingly targets Muslims".

But Muslim reformers such as Sara Khan, of the group Inspire, argue that Islamist organisations shout down Muslims who support Prevent. "Through a combination of technology, ideologically driven activists, fervent anti-establishment sentiment and a lack of balanced media reporting, Prevent – and indeed many Muslim groups who support Prevent – have become victims of our post-truth society," Khan wrote last year.

And in December Dame Louise Casey, the author of a comprehensive government report on integration, said Prevent's opponents were often using exaggerated or inaccurate stories to "portray the programme at its worst". She added that elements of the anti-Prevent lobby "appear to have an agenda to turn British Muslims against Britain".

In response to the latest developments Stephen Evans, NSS campaigns director, said: "It is encouraging to see courts, universities and the police standing up to the powerful voices trying to undermine Prevent.

"There are legitimate criticisms of the government's strategy for countering radicalisation. Indeed the NSS is among those who have opposed government plans to ban 'non-violent extremism', on the grounds that the term has proved impossible to define and banning it is closes down free expression.

"But much of the anti-Prevent lobby is playing the victim in an attempt to undermine perfectly reasonable measures. In doing so it is inventing scare stories and using false accusations of bigotry. Politicians and civil society groups who support them in this should reflect on the harm their irresponsible behaviour has done to attempts to confront Islamist intolerance."

Involvement in Prevent has always been voluntary. But this week Simon Cole, the National Police Chiefs Council spokesman, said there had been discussions between senior officers and government officials about making it compulsory for "some categories of people". This could include those who have returned from fighting for Islamic State in Iraq and Syria.