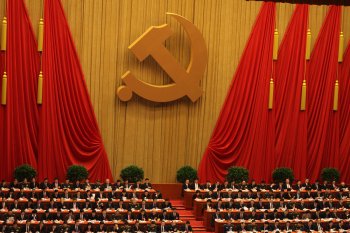 On Thursday Amnesty reported that the government is likely to implement a series of legal changes that will tighten its control over religious affairs. The group called on China to scrap the new measures.

It said a "series of draconian amendments" would "see more state interference, more religious activities banned, more financial penalties on religious organisations and encourage officials to ramp up persecution of those practising their religion or beliefs outside of officially sanctioned organisations or churches".

The proposed changes, it added, would be "prone to misuse". Eager officials could, for example, revoke a monk or mullah's religious standing; stop their teachings; confiscate their property; and invalidate the registrations of their monasteries or mosques.

And "onerous bureaucracy" could prevent people from practicing their religion. For example, individuals who wanted to create a Bible-study group but did not have a state-sanctioned place of worship would need agreement from officials at several administrative levels – even if they only wished to register a temporary location for a meeting.

Once the regulatory changes are passed, Amnesty said, "we can only expect an increase in the persecution of people attempting to practice their beliefs in ways unsanctioned by Chinese authorities".

The news comes amid growing concern about intolerance of religious groups in China. In July the Chinese Communist Party's 85 million members were warned not to have religious beliefs and told that those who did would be punished.

China's communist leadership has a history of clamping down on religious freedoms, particularly during the Cultural Revolution of the 1960s and 1970s. In recent months many Catholics, Protestants, Tibetan Buddhists, Uighur Muslims, and Falun Gong practitioners have been harassed and imprisoned for attempting to practice their religion.

Those who travel abroad for unauthorised religious reasons are also subject to arrest and fines of up to £23,000. China has detained more than 200 Uighur Muslims for joining tours to the Middle East.

The country's provincial authorities have also introduced their own regulations. In March a 'de-extremification regulation' was passed in the autonomous region of Xinjang. This banned behaviour such as having 'abnormal' beards, refusing to take part in state cultural and recreational activities and wearing burqas. The authorities have often said that restrictions such as this are needed to combat terrorism and prevent outbursts of violence.

Those who have opposed the crackdown have been heavily punished. Pastor Bao Guohua, for example, vocally opposed the local government's removal of crosses from Christian churches in Zhejiang province. He and his wife were sentenced to 14 years' and 12 years' imprisonment respectively in February 2016.

Stephen Evans, the NSS's campaigns director, said: "Across much of the world we have grown used to religious groups crying intolerance when they are asked to follow the same rules as anyone else. But the situation in China is a reminder of what an attack on religious freedom looks like.

"The Chinese authorities' draconian meddling in religious affairs is fundamentally undermining the civil liberties of its citizens.

"Forced atheism is unacceptable for the same reason as forced religion is. China must take steps to safeguard freedom of conscience for its people as a basic human right."