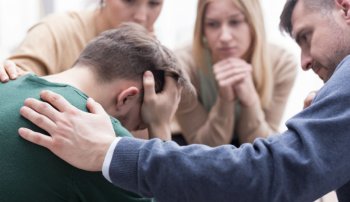 The National Secular Society has called on the government to consider banning so-called gay conversion 'therapies' after a Liverpool church encouraged LGBT+ people to starve themselves for long periods.

Medical experts linked to the NSS said it was "widely recognised" that conversion efforts contributed to the stigma against homosexuality and there was "no evidence" that they worked.

Josh Parry, a reporter for the Liverpool Echo, visited a branch of the Mountain of Fire and Miracles Ministries in Anfield with a hidden microphone. The church has more than 50 branches across the UK. On its website it says its members are "deeply committed to absolute holiness as the greatest spiritual germicide and as a pre-condition for heaven".

It also claims: "Our tested and proven DIY approach to prayer warfare continues to provoke dumbfounding miracles and attract divine intervention in situations which hitherto had proven intractable."

Parry posed as a member of the public who was questioning his sexuality. At a private counselling session the church's assistant pastor, who called himself 'Brother Michael', told him that being gay is biologically wrong and a "deceit of Satan". He added that people come out as gay to gain celebrity status. He said prayer 'therapy' would allow the reporter to "marry and have children".

He invited Parry to take part in a three-day residential programme, where he would not eat until the third day. Participants would be expected to pray for three hours at a time and be encouraged not to leave the church.

Dr Antony Lempert, chair of the NSS-linked Secular Medical Forum, said observing such a regime was a danger to participants' health. "Dehydration for such a prolonged period of time is dangerous and can result in acute kidney injury, leading to hospitalisation even in healthy individuals."

The reporter also took part in a prayer session, which 'Brother Michael' said would make his "deliverance" more effective. The pastor repeatedly shouted phrases such as "kill it with fire, die in the fire". Members of the congregation were seen crying, shaking and sweating. Some appeared to be speaking in tongues.

Around 20 adults and children as young as six months old were in attendance. The assistant pastor added that up to 100 people, including as many as 60 children, attended the event at weekends.

'Brother Michael' said the 'therapy' would be most effective if Parry "humbled his soul" by forgoing food and water for 24 hours before these sessions. The reporter was not offered a physical or medical examination before being offered this advice.

Parry said the experience made him feel "a strange mixture of disgust and pity". But Dr Desmond Sanusi, the church's senior pastor, said similar programmes had operated for 20 years and "nobody has dropped dead".

He added that the activities of 'Brother Michael' were "out of my guidance" and claimed that the church "does not discriminate" against LGBT+ people. He denied that the three-day programme existed: "I am the pastor of this church. It is not a three-day fasting."

The NSS has campaigned to raise awareness of the damage done by so-called 'conversion therapy'. A spokesperson said: "Even religious organisations with otherwise dubious records on LGBT+ rights oppose this extreme practice. Whether or not it comes with a glossing of pseudo-medicine, it is harmful. Healthcare bodies must strengthen existing guidance and this needs to be backed up by legislation. The government should also deny entry to those visiting the UK specifically to promote or practise these 'therapies'."

Attempts to convert LGBT+ people are unsupported by medical opinion. Dr Lempert said: "Sexual orientation conversion efforts, invariably in one direction, are widely recognised in the medical community as being a contributor to the disgraceful stigma against homosexuality. The British Medical Association and the Royal College of GPs are both opposed to such efforts.

"The people promoting them invariably do so because of their own religious beliefs, prejudice against homosexuality and wishful thinking that they can actually change people's sexual orientation. There is no evidence for their effectiveness and these efforts cause torment to many who have turned to them in desperation.

"There are significantly increased levels of mental distress and illness in the LGBTQI community. Those who are desperate enough to try to change their own sexual orientation often do so as a result of being victims of stigma and prejudice within a religious community hostile to homosexuality. What needs to change is not their sexual orientation but the bigotry and prejudice of the religious community which itself is one of the main causes of mental distress.

"Any organisation offering counselling to members of the public has a responsibility to ensure that those who act in their name do so ethically and safely. Failure to do so can cause significant harm to vulnerable people."

In a consensus statement the UK Council on Psychotherapy (UKCP) says: "There is no good evidence this works and we believe it has the potential to cause harm. Often these approaches are based on religious interpretations about sexuality rather than on a researched and informed understanding of sexual orientation."

In the UK, all major counselling and psychotherapy bodies, as well as the NHS in England and Scotland, have signed a memorandum of understanding (MoU) pledging not to support 'conversion therapy' and acknowledging the harm it does.

Despite this, in 2015 research by LGBT+ rights charity Stonewall found 10% of health and social care staff across Britain have "witnessed colleagues express the dangerous belief that someone can be 'cured' of being lesbian, gay or bisexual", a figure that rises to 22% in London. The current MoU does not cover transgender or intersex people, many of whom are victims of the practice.

While the UK government has spoken out against 'conversion therapy' and supported the consensus statement and MoU, they have rejected calls to ban the practice. In 2016 Malta became the first European country to introduce a ban, despite significant opposition from the Catholic Church.

Earlier this year the US Supreme Court upheld California's right to ban the therapy for under-18s and there are movements to ban the practice in several states. Oregon, New Jersey, Vermont, Illinois and the District of Colombia also ban licenced mental health providers from the practice. But according to a report by ABC News a 'cottage industry' is widespread, and Vice President Pence is a long term supporter of state funded 'conversion therapy'.

In 2017, a gay man in China became the first in the country to successfully sue a psychiatric hospital over forced conversion therapy.