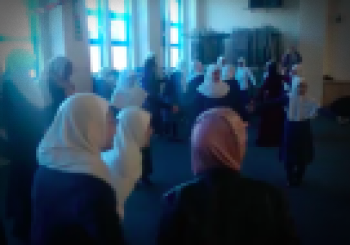 The appeal, which will be heard on Tuesday and Wednesday, is backed by two organisations which advocate for women's rights in minority communities. Southall Black Sisters and Inspire are submitting legal interventions, which allow third parties to present information for a court to consider.

They are seeking to overturn a ruling that gender segregation at an unnamed co-educational, voluntary aided Muslim school did not amount to sex discrimination. They say they are intervening to "show that the growing practice of gender segregation in schools is not benign" and to "ensure gender equality is placed at the heart of Ofsted inspections in all schools".

"This is a significant and potentially precedent-setting case about sex discrimination and equality," said the groups. "Ultra-conservative and fundamentalist gender norms are seeping into the everyday life of minority communities."

Boys and girls at the school are segregated throughout the day from the age of nine to 16. In the original case in November, X v Ofsted, a judge at the High Court ruled that this was not discriminatory because both boys and girls were "separated equally".

The case arose after the school was found inadequate during an Ofsted inspection and placed in special measures. The school took legal action in a bid to prevent Ofsted from publishing its report.

Ofsted's inspectors cited concerns about many leadership failings, including those which involved gender segregation. They said effective safeguarding procedures were absent and the school had an unchallenged culture of discrimination against girls and LGBT people.

They also found religious books which promoted rape, violence against women and misogynistic attitudes in the school library. Some girls anonymously complained about the impact of gender segregation on their ability to integrate into wider society.

The National Secular Society, which urged Ofsted to challenge the ruling, welcomed the appeal and intervention.

"We regret that Ofsted conspicuously failed to argue that the reason for such segregation was because of this school's particular Islamic ethos, which the evidence suggests, viewed girls as inferior. This meant that a fundamental issue in the case was left unaddressed."

After consulting with specialist lawyers the NSS also warned that "deference to an established religion may have obscured the court's analysis of the facts".

Southall Black Sisters is planning to protest outside the court and gain publicity for the case by tweeting under the hashtag #separateisnotequal.