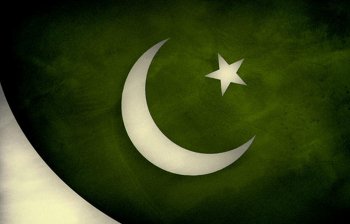 The Pakistani government is punishing people for social media posts which it considers blasphemous, and placing pressure on social media companies to help it do so.

On 7 July Pakistan's interior minister, Chaudhry Nisar Ali Khan, met Facebook's vice-president of public policy Joel Kaplan. The government asked Facebook to remove content it considered blasphemous, and warned that it could be blocked in the country if it refused.

And on Monday Facebook said it had rejected a demand from the Pakistani government to link new accounts to a mobile phone number. This would make it easier for the authorities to identify account holders. Mobile phone users in Pakistan must provide fingerprints to a national database.

At least one man has been sentenced to death as a result of the crackdown. Taimoor Raza, a 30-year-old Shia Muslim, was condemned by an anti-terrorist court in June for allegedly insulting Muhammad on Facebook. He had engaged with an online debate with an undercover counter-terrorism agent. His death sentence was the first to result from a post on social media.

The advent of social media was initially viewed as a chance to open religious debate in Pakistan. New platforms allowed people in conservative, rural areas to debate new subjects. But the government's stance has hardened recently.

In March a Pakistani official in Washington approached Facebook and Twitter in an attempt to identify Pakistanis who had shared material deemed offensive to Islam. One prominent academic and activist, Pervez Hoodbhoy, says "Pakistan is fast becoming a Saudi-style fascist religious state."

Ahmad Waqas Goraya, an activist and blogger, said the threshold for blasphemy had been lowered in recent years: "What they now call blasphemy was everywhere before".

And the Pakistani government is making a rapidly increasing number of requests for data from Facebook. In 2013 it requested data on 210 users.

Facebook complied with around two-thirds of these requests. It has not said how many of them related to blasphemy allegations.

In 2015 Facebook's CEO, Mark Zuckerberg, suggested the company would comply with government requests for censorship if it helped to "give the most voice to the most people".

"Some people say we should ignore government orders requiring us to restrict people's voice, even if that means the whole service would be blocked in those countries," Zuckerberg wrote. "I don't think that's right."

Pakistan's government is not alone in cracking down on alleged blasphemy. In April university student Mashal Khan was accused of offending Islam and lynched.

The National Secular Society has campaigned against blasphemy restrictions throughout its history. The NSS was instrumental in abolishing Britain's blasphemy law in 2008. The society continues to lobby for protections of free expression at home and internationally.