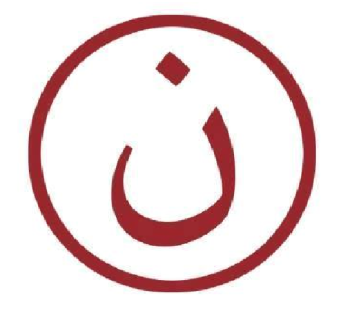 The National Secular Society has reiterated the need to defend all victims of religious persecution after a government minister said the UK would focus "in particular" on Christian communities under threat.

In Westminster Hall yesterday MPs discussed the plight of persecuted Christians around the world. Twenty-one backbenchers from various parties debated a motion proposed by Jim Shannon of the DUP.

"Conflict along religious lines remains a consistent feature of human life and a considerable barrier to building stable societies," Shannon said. "Those who suffer violence are often targeted because of their beliefs or because of the faith group of which they identify."

The debate, and an accompanying briefing, highlighted several specific examples of discrimination against Christians. Islamic State has massacred Christians in Libya, Syria and Egypt. In Iraq and Syria, the Christian population is dwindling fast. Russia has banned the activities of Jehovah's Witnesses.

In Eritrea, the authorities reportedly rounded up and detained 122 Christians in May. Many have been subject to torture. The Eritrean Orthodox Patriarch, 89-year-old Abune Antonios, has spent more than 10 years under house arrest.

Labour MP Christian Matheson expressed concern that organised criminals are increasingly targeting religious groups in Colombia and Mexico. The debate highlighted some of the difficulties facing those who wish to speak out about their treatment. And Shannon raised the "clear" link between religious persecution and broader violence.

The persecution of Christians is most acute in North Korea, Somalia, Afghanistan, Pakistan and Sudan, according to the NGO Open Doors. Questions have also been raised in parliament about the situation facing Christians in Jordan, China, Vietnam and Mexico.

In April 2017 the Foreign Office said: "The government supports the right of people of all religions – and non-religious people – to practise their beliefs in peace and safety." It said it has lobbied host governments, engaged in multilateral efforts to tackle persecution through the UN and supported relevant grassroots organisations.

Responding to the debate on behalf of the government Mark Field, the minister for Asia and the Pacific, said the UK was determined "to stand up for religious freedoms and in particular for Christian communities in some of the most politically unstable and unpredictable corners of the globe".

The National Secular Society has consistently called on the government to defend victims of religious persecution.

Stephen Evans, NSS campaigns director, said: "The treatment of Christians around the globe represents a major human rights violation. Too often, public debate in Britain focuses on petty disputes and grievances that feature Christians claiming 'persecution' when none exists. These bogus cases belittle the very real persecution that too many Christians face internationally.

"The grim reality is that people of all faiths and none face mistreatment around the world because of their religious beliefs or lack of them. We urge the government to robustly defend freedom of belief, and do everything it can to tackle religious persecution, at home and abroad, irrespective of the beliefs of those being persecuted."