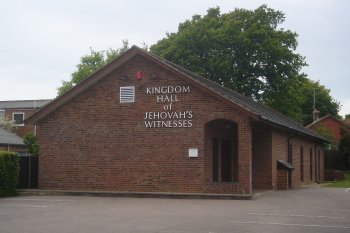 A congregation of Jehovah's Witnesses has been severely criticised by the Charity Commission over its handling of allegations of child abuse.

The regulator said the New Moston Congregation of Jehovah's Witnesses in Manchester had mismanaged claims made against a trustee who was subsequently convicted of counts of indecent assault. The trustee has since left the congregation.

In a report published this week, investigators said the trustees had failed to: "fully enforce the restrictions they decided to place on the individual's activities at the charity"; "adequately consider and deal with potential conflicts of loyalty within the trustee body"; or "keep an adequate written record of the decision-making process used to manage the potential risks posed by the individual to the beneficiaries of the charity".

They had also failed to "treat one allegation of potential child abuse as such."

Harvey Grenville, the commission's head of investigations and enforcement, concluded that "the victims of abuse were badly let down by the charity".

"The trustees should have made the victims' welfare their first priority," he wrote. "Instead, their actions and omissions, both in response to allegations of abuse, and in their attitude towards our investigation, fell short of what the public would expect of those running a charity in a modern society."

The report said the trustees "'effectively required' victims to attend a hearing where they had to repeat their allegations in the presence of the abuser. The abuser was also permitted to question the alleged victims.

And the charity did not "cooperate openly and transparently with the commission, adding that the trustees 'did not provide accurate and complete answers' about issues under investigation".

A legal attempt to block the investigation on the grounds of religious discrimination failed. Last year WalesOnline reported that "Jehovah's Witnesses have been accused of ordering the destruction of documents in direct contradiction of an order not to do so from [the Independent Inquiry into Child Sexual Abuse]."

The commission said the charity had subsequently "improved its child safeguarding policy and its procedures for handling misconduct allegations".

The commission is currently conducting another inquiry into another Jehovah's Witnesses charity, the Watch Tower Bible and Tract Society of Britain. This is examining its child safeguarding policy and procedures further, as they are common to all Jehovah's Witnesses congregations in England and Wales.

Keith Porteous Wood, executive director of the National Secular Society, commented: "The commission's report represents a thorough analysis of the problems at New Moston, despite the attempts to frustrate their endeavours to uphold charity standards and protect victims.

"Sadly, however, for shortfalls of such seriousness to result only in a slap on the wrist and a pious hope about improved policy speaks volumes about the insufficiency of sanctions. The catalogue of child abuse in institutions is huge and most have been skilled in preventing knowledge of it being reported to the appropriate authorities.

"We therefore need mandatory reporting by those in institutions (including religious bodies) of suspected abuse. This has already been enacted in several countries. It has been proposed and debated in the Westminster Parliament in recent years but attempts to introduce it appear to have stalled.

"We call on the Government to amend the law to incorporate this essential measure to protect children with utmost urgency."