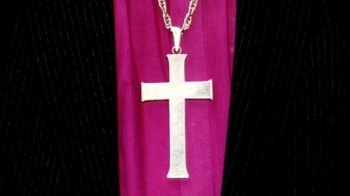 The Department for Education hopes to open at least another 140 Church of England schools in the next five years, according to the Church Times.

And the Church of England's chief education officer, Revd Nigel Genders, has confirmed that 40 new church schools will be opened within the government's next wave of free schools.

"We want to be proactive in opening as many new schools as we can because we know parents love our schools," he said last week.

"We have schools lined up to put into the next phase. We want to do more, and our conversations with the department continue to be encouraging."

Genders said the C of E would bid for "every school where appropriate".

Last year the government declared that it "values and is committed to" its formal partnerships with the National Society, which promotes and resources almost 5,000 church schools in England and Wales, and the Catholic Church. It added that the government "remains committed to securing the religious character and ethos" of religious schools.

The Church of England claims that its "Church schools are not 'faith schools' for Christians but Christian schools for all and, as such, are committed to serving the needs of the local community."

However, the Church's Education Office says it has a "deeply Christian" vision and "seeks to promote an education that allows children, young people and adults to live out Jesus's promise of 'life in all its fullness'.

In 2012 the church published a review laying out its plans for education. It said church provision "must include a wholehearted commitment to putting faith and spiritual development at the heart of the curriculum and ensuring that a Christian ethos permeates the whole educational experience."

It added that "high-quality religious education and collective worship should continue to make major contributions to the Church school's Christian ethos, to allow pupils to engage seriously with and develop an understanding of the person and teachings of Jesus Christ".

In 2013, the former chair of the Church of England's Board of Education said there was no need to attract children, young people and parents to church "if we embrace our church schools fully."

The National Secular Society is campaigning against the expansion of faith schools and argues that they should eventually be phased out.

Stephen Evans, NSS campaigns director, said: "Despite its somewhat disingenuous claims of being inclusive, it's clear that the Church of England regards schools an opportunity to proselytise and gain access to pupils and parents who wouldn't otherwise go anywhere near a church.

"The way in which such schools portray virtues such as tolerance, reciprocity, generosity and kindness as specifically 'Christian' values is also divisive, dishonest and gives pupils a skewed understanding of ethics.

"Exposing children and young people to this insidious form of evangelism usurps parental rights and stifles children's own ability to think clearly for themselves about religion."

The DfE did not respond to a request to clarify its plans.