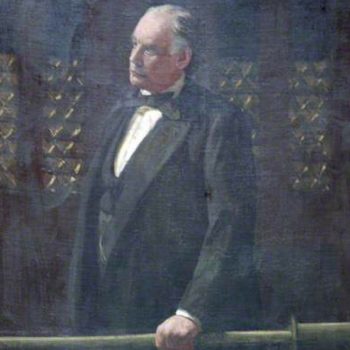 A lecture at Manchester Art Gallery will pay tribute to the National Secular Society's founding president Charles Bradlaugh on 9 September.

Professor Bryan Niblett, author of the definitive biography of Bradlaugh Dare to Stand Alone, will deliver the lecture. His talk will be based on his highly acclaimed book. The lecture and reception will mark the end of the NSS's 150th anniversary celebrations.

It will coincide with the re-hanging of a major portrait of Bradlaugh by the English painter Walter Sickert. Attendees will be able to view the painting for the first time since the NSS's Manchester branch gifted it to the gallery in 1911. Guests will also hear NSS historian Bob Forder deliver 'a very brief history of the NSS'.

Charles Bradlaugh was a leading 19th century atheist and radical. He also championed reformist legislation and the interests of the people of India. He campaigned to end the monarchy and allow women access to birth control.

He was elected to parliament as a Liberal MP in 1880 but effectively barred from taking his seat until 1886 because of his stance on swearing allegiance to God. He struck a major blow for free thought when he was finally allowed to take his seat. In 1888 Bradlaugh was able to secure an Oaths Act which extended the right to affirm to atheists and anyone else who objects to swearing.

Current NSS president, Terry Sanderson, commented: "This promises to be a fitting finale to the National Secular Society's 150 anniversary celebrations. For those interested in the early freethought movement, our speakers are a goldmine. The restoration of Sickert's magnificent portrait of Bradlaugh will also help to ensure that one of the most effective and principled politicians of the 19th century is not forgotten."

The event will run from 2:00pm until 5:00pm. It will be free to NSS members. £5 for Non-members. Those wishing to attend can register for the event now. 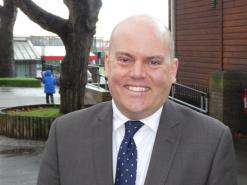 A teacher targeted by religious protesters for teaching about LGBT+ equality will speak at the National Secular Society's 2019 Bradlaugh Lecture....