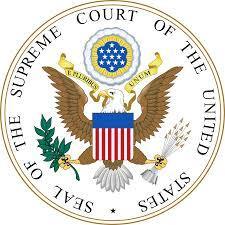 A religious liberty advocacy group in the US has warned that a Supreme Court ruling that the state of Missouri must extend a playground fund to religious organisations could "open the door to more taxpayer support for religion".

The US Supreme Court ruled that a Missouri policy, which restricted a scrap tire recycling programme to religiously neutral organisations, unconstitutional. Raising implications for funding of religious schools.

In 2012 Trinity Lutheran Church applied for funding to upgrade their playground's surface using recycled tire material through a state scheme. In accordance with the state's constitution the application process required applicants to affirm that the grant would only be used for a secular purpose. Trinity Lutheran Church sued claiming violation of the free exercise and establishment clauses of the First Amendment and the equal protection clause of the Fourteenth Amendment. The Court upheld the free exercise claim.

Direct state funding of religious institutions is considered constitutional, as long as that funding is for a secular purpose. The Scrap Tire Program requires an applicant to certify "that its mission and activities are secular and that it will put program funds to only a secular use". Trinity Lutheran Church certified that its learning centre was part of its religious mission.

Delivering the majority opinion, Chief Justice Roberts stated: "The exclusion of Trinity Lutheran from a public benefit for which it is otherwise qualified, solely because it is a church, is odious to our Constitution all the same, and cannot stand."

The Court explained their reasoning for not considering the claim that the policy violated the equal protection. In a section seeking to limit the scope of the ruling (a section which was not joined by Justices Clarence and Gorsuch), the Chief Justice affirmed the principle that treating entities differently based on distinctions made relevant by the First Amendment, does not amount to discrimination. I.e. equally excluding all religious entities from a Government benefit does not amount to discrimination, if is necessary to protect either the establishment or free exercise clauses of the First Amendment.

For example in the case of Locke v. Davey the Court ruled that it was permissible for a college scholarship programme (which would have included academic study of religion) could exclude a seminary programme. Justice Robert's called this: "The reasonable proposition that the government may, but need not, choose not to fund certain religious entities (there, ministers) where doing so raises "historic and substantial" establishment and free exercise concerns."

In her dissent, joined by Justice Ginsburg, Justice Sotomayor warned of the case's profound consequence for the relationship between religious institutions and the civil government, arguing that majority opinion holds: "for the first time, that the Constitution requires the government to provide public funds directly to a church. Its decision slights both our precedents and our history, and its reasoning weakens this country's longstanding commitment to a separation of church and state beneficial to both."

The ruling was criticised by the Rev. Barry W. Lynn, executive director of Americans United for Separation of Church and State, who said: "This ruling undermines the bedrock principle that no American should be forced to support a religion against his or her will. The religious freedom protections enshrined in state constitutions are worth more than resurfacing a playground. Taxpayer-funded religion is bad for churches, communities and citizens. Americans United will continue to fight to buttress the church-state wall because that's the only thing that can ensure true religious freedom for everyone.

"This ruling threatens to open the door to more taxpayer support for religion, which is at odds with our history, traditions and common sense."

Supreme Court watchers have been looking to this case for clues as to the direction the Court will take on future cases involving funding of religious organisations and efforts to redefine 'religious freedom' to protect religious discrimination by private businesses. Under Betsy DeVos, the Education Department is expected to increasingly support school voucher programmes, which critics warn could funnel millions to private religious schools. 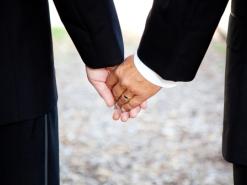 Washington Supreme Court: Religious beliefs no excuse for a business to discriminate

The Supreme Court of the state of Washington has unanimously ruled that a florist cannot discriminate against same-sex couples, in a ruling...