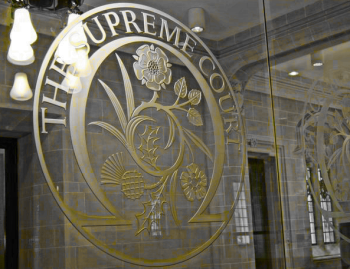 In a three/two decision, the UK Supreme Court has ruled that UK citizens normally resident in Northern Ireland do not have a right to free abortion services from NHS England on the same basis as other UK citizens.

The case concerned A and B - her mother. In 2012 A, then aged 15, became pregnant and with the support of B travelled to England to obtain a termination at the Marie Stopes International Clinic in Manchester. The appellants argued that the failure of the Health Secretary to make provision for A to undergo an abortion free of charge under NHS England was unlawful as it was a breach of public law and a violation of her human rights.

NHS England has a duty to provide services to anyone in England, but does not have to provide these services free of charge to non-UK citizens. The majority court ruling argued that requiring NHS England to provide free abortion services that are not provided by NHS Northern Ireland would lead to "a substantial level of health tourism into England from within the UK and from abroad and a near collapse of the edifice of devolved health services".

The ruling makes clear that – although not required to do so – the Secretary of State can at any time make an order for NHS England to provide for free abortion services for NI residents. Jeremy Hunt has previously suggested that the abortion limit in England should be cut to 12 weeks.

Figures cited in the case – though likely to be significantly underestimated – are that around 1,000 abortions in England a year (15-16%) are for women normally resident in Northern Ireland.

In a dissenting opinion expressing disagreement with the majority opinion of the court, Lady Hale said "That law (Northern Ireland) does not prohibit women from travelling to England to have an abortion which is perfectly lawful here. It cannot constitute a good reason for a policy of denying them health services which are lawful here."

In a further dissenting opinion, Lord Kerr said: "A woman from Northern Ireland (NI) visiting England who suffers an acute attack of appendicitis will have, if it proves necessary, her appendix removed in a National Health Service hospital, without charge. The same woman, if she travels to England in order to obtain an abortion, must pay for that procedure. How can this be right? The answer is that it cannot be, and is not, right."

The majority opinion noted that "On any view the dissenting judgments of Lord Kerr and Lady Hale command considerable respect."

A spokesperson for the National Secular Society called the court's decision "alarming'. "Healthcare is a devolved issue, but human rights are not. The decision of a devolved administration within their area of authority should not be allowed to abridge the fundamental and equal human rights of UK citizens. Northern Ireland's draconian restrictions on reproductive rights are based on religious concerns, not the interests of patients and constitute a clear breach of international human rights norms.

"With plans to devolve abortion law to Scotland and growing anti-choice movements across the UK – often inspired by the intimidating tactics of US groups – this ruling sets a worrying precedent."