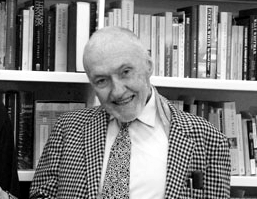 David Tribe was born in Sydney, Australia in 1931 and brought up in Brisbane. He studied medicine at the University of Queensland and in his spare time demonstrated the wide range of talents at his command as an actor, singer and debater. Despite academic success, he did not enjoy medical work and travelled to the UK soon after leaving university.

After arriving in the UK he further demonstrated his wide-ranging talents working as a sketch artist, advertising and public relations officer, journalist and teacher of various literary and humanities subjects.

From an early stage he was involved in the freethought and humanist movement. He was chair of the Humanist Group Action from 1961 to 1964. He also served as a member of the executive of the National Council for Civil Liberties.

"From his election in 1963 he worked hard to transform and modernise the Society so that it was better placed to play an important role in the radical and liberal social reforms of the 1960s. He recognised the necessity of using the media to get the word out to a wider society and became adept at writing press releases and giving interviews.

"Then, as now, a central concern for the NSS was the question of religion in schools and this was an issue in which David was to take a particular interest, writing dozens of articles and letters to the correspondence columns of the educational and religious press."

He also edited The Freethinker for a brief period in 1966.

When David stood down as president of the NSS, his close ally, Bill McIlroy, who was Secretary of the NSS and also edited The Freethinker at that time, commented: "Although he has never been popular with those in the movement who are ready to compromise with opponents before the first shot has been fired, David Tribe enjoys the respect and support of people who value clear thinking, plain speaking and a respect for principles."

David was important in another way too. He wrote a number of books and pamphlets, but his biography of Charles Bradlaugh (President Charles Bradlaugh MP, 1971) and history of the NSS (100 Years of Freethought, 1967) were and are of great importance in explaining the radical intellectual tradition the Society represents. To this day the NSS's opponents would prefer this was ignored - and sometimes our own supporters need to be reminded of it. His research and understanding of secularism and its significance was outstanding.

He also wrote a number of other books including The Rise of the Mediocracy, 1976, Questions of Censorship, 1973, and Nucleoethics: Ethics in Modern Society, 1972, of which he was particularly proud.

Soon after standing down as President of the NSS, David returned to Australia to care for his terminally ill father and, although continuing to work in the secularist movement, did not hold any offices.

The University of Sydney's "Tribe Awards" in fiction, poetry, philosophy, sculpture, and symphony were established in 2005 after Tribe put $300,000 into a foundation for the purpose.

Executive director Keith Porteous Wood kept regularly in touch with him by telephone until shortly before his death: "David was always interested in what the Society was doing and pleased to hear of our successes. Last year he contributed a moving congratulatory message – albeit by a video – to our 150th anniversary celebrations which was played at a dinner at which three other presidents spoke.

Barbara Smoker, who served as president of the National Secular Society for twenty-five years, said David Tribe and committee member Bill McIlroy were a "formidable and hard-working team" and praised their contribution to the secularist cause.

Denis Cobell, who served as NSS president from 1997 to 2006, said: "My earliest memories of David Tribe go back the late 1950s. I recall him as a powerful orator on the NSS platform at Speakers' Corner in Hyde Park in the days when outdoor meetings were a common feature of NSS activity. I remember he also used regularly to attend the Sunday morning meetings at Conway Hall and would harangue speakers with his own views on the topic of the day.

"David Tribe was an excellent speaker and debater at many NSS gatherings I witnessed." 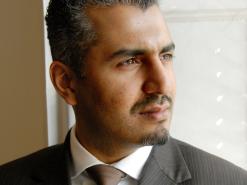 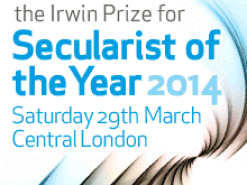