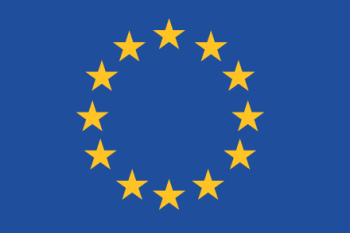 The National Secular Society today called on EU presidents to promote "democratic values", warning that past assumptions about the place of religion in politics and modern society being settled may no longer apply.

The warning came at a high level meeting with non-confessional organisations hosted by European Commission First Vice-President Frans Timmermans to discuss "The Future of Europe: a values-based and effective Union". The NSS was represented at the meeting by its executive director, Keith Porteous Wood.

Mr Wood told the meeting that many factors including segregation, sectarianism and rising religious conservatism cast doubt on the "historic pattern of gradual integration of successive generations of those of minority religions".

He warned that unprecedented levels of migration meant that European values "may not be as widely shares across Europe as was once the case".

Mr Wood called on political leaders and civil society to work together in building a "robust" promotion of "democratic values such as the separation of religion and state, the rule of law, human rights and equal treatment".

Mr Wood stressed the importance of integrated education, warning that attitudes inimical to Europe's shared common values are being embedded in future generations through segregated education in single faith and denominational schools.

First Vice-President Frans Timmermans told the meeting: "Europe is at a pivotal moment, and for me the most fundamental thing we must do is listen to organisations that represent our citizens, whatever their faith or convictions. The Commission is seizing this unique moment to discuss the future direction of the European Union. Our common European values must remain the bedrock of our future choices, and we are consulting widely on how to effectively anchor our future policies in our shared values".

"Talking with religions, churches and non-confessional organisations is an important part of this process", he added.

The NSS has a long record of involvement in the Article 17 dialogue, as well as other EU dialogues on fundamental rights, including though their support of the European Parliament Platform for Secularism in Politics (EPPSP). In his speech Mr Wood said that regardless of the outcome of the Article 50 negotiations, the NSS "hope to continue contributing to such hugely important debates".