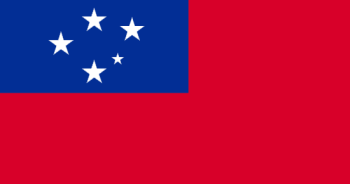 The island nation Samoa has amended its constitution to proclaim itself a "Christian state".

According to local reports all 43 members of the country's parliament voted for the change.

He said: ""The amendment did not amend, alter or change the rights of individuals within Samoa, to exercise their religious beliefs as they deem fit.

"This individual right is outlined in Article 11 of the Constitution, 'Freedom of Religion' and it remains untouched.

"So while the national religion is now confirmed as Christianity, the individual freedom of religion of all citizens within our nation; remains intact."

The preamble of the constitution now reads ""Samoa is a Christian nation founded of God the Father, the Son and the Holy Spirit."

The Government claimed having a state religion would help avert religious war.

Emma Park on what Margaret Atwood's modern dystopian classic (and its TV adaptation) tells us about the relationship between theocracy, gender and self-identity.

The Handmaid's Tale is Margaret Atwood's...

God, Guys and Guns. A review of The Handmaid’s Tale, by Margaret Atwood

Pakistan's government, military and opposition parties have given in to the demands of a fundamentalist mob. Basit Mahmood says this is a blow to those who wish to remain true to the secular vision of...