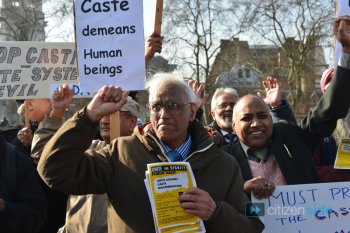 The site says, "No matter who you are, this consultation gives the opportunity to send a clear message to the Government that legislation should protect people subjected to caste discrimination."

Currently, caste discrimination is not expressly prohibited under UK equality legislation. However, in 2013 Parliament directed the Government to legislate by amending the Equality Act 2010 to require the Government to make 'caste' a protected characteristic, as an aspect of race.

Despite this, NSS executive director Keith Porteous Wood said, "The Government has procrastinated, seemingly determined to ignore both Parliament and the UN, we fear to appease 'high caste' Hindu groups determined to prevent any such legislation. Caste discrimination is not confined to any one religion."

The Government promised a consultation, which it finally launched this year. But the consultation itself was harshly criticised by the National Secular Society and departing Labour MP Graham Allen, who said it was "misleading and biased."

A coalition of anti-caste campaigners behind the website are urging everyone to "ensure protection against caste discrimination by completing the Government consultation and specifically choosing the option to add caste to the Equality Act 2010."

In 2010 the Government commissioned independent research into Caste Discrimination in the UK by the National Institute for Economic and Social Research (NIESR). They found strong evidence of caste-based discrimination in the areas covered by the Equality Act 2010 - employment, education and the provision of goods and services, but the Act does not extend to religious or social life. In 2014, the EHRC published two independent research reports from the project Caste in Britain confirming the undeniable existence of caste discrimination in the UK in areas covered by the Equality Act 2010.

Mr Wood called on supporters of equality to: "Please complete the consultation to maximise pressure on the Government to legislate. It seems desperate to avoid hearing from the people who are actually affected by this or who abhor such demeaning discrimination, despite the concern Mrs. May expressed on her first day in office about race discrimination. Please make sure your voice is heard." 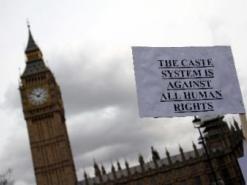