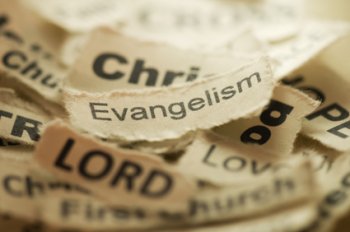 Scripture Union (SU), whose goal is to ensure "that all may come to a personal faith in our Lord Jesus Christ, grow in Christian maturity and become both committed church members", was one of the principal groups identified by the NSS in a 2013 report into evangelism in schools.

The group's new headquarters was recently opened by Prince Edward and SU has launched a campaign called 'The 95', aiming to reach the 95% of children and young people who do not attend church. National Director, Tim Hastie-Smith, called it the organisation's "number one priority".

Education Minister Graham Cregeen said "Scripture Union delivers LoveLife, but with no religion in it. He said classes promote "delaying sex and having stable relationships".

Dr Alexander Allinson, a GP who now serves in the Parliament of the Isle of Man, criticised the classes.

"If we are going to effectively combat domestic violence and sexual crime, early comprehensive sex and relationship education for boys and girls is essential.

"This is ideally provided by impartial and non-judgemental teachers," he said, "Rather than schools sometimes relying on faith-based groups based in that same local community, teaching a curriculum that may not be designed by educationalists."

In February, parents raised concerns with the NSS about SU's Lovelife course, which was being run by a local Pentecostal pastor at a school.

Stuart Hartill, chairperson of Isle of Man Freethinkers, told the NSS "It concerns me that evangelical groups like Scripture Union continue to be involved with different scheme with the Isle of Man Education Department, despite problems with each one. For example, Open The Book (a scheme for church volunteers to go into schools and read bible stories to kids) was stopped when some of the kids went home with creationist literature. Until a year or two ago, SU's schemes were mainly confined to luncheon and after-school clubs, with kids attending voluntarily with the consent of parents. The move into teaching what should be secular lifestyle subjects, possibly paid for by the Education Department and seemingly set up by the Religious Education Advisory Committee, which by law has to be chaired by the island's bishop, is a worrying one."

Other schemes include Care For The Family – an organisation which promotes Christian parenting and is linked to the anti-LGBT equality evangelical group CARE – running parenting classes in FE colleges and schools on the island. Mr Hartill, claimed that the links were facilitated by a former Education Minister who is a member of and has family connections to CARE.

Mr Hartill said "The Freethinkers have been fighting such insider deals for over a decade. But it like every step forward is followed by two steps back."

Alastair Lichten said "Concerns over inappropriate evangelism in schools make up a significant part of our casework, but are rarely reported.

"In the last few weeks alone we have advised a number parents who have approached us with concerns. Most common examples include clerics holding proselytising assemblies, but problematic activities vary widely. From visits to a creationist zoo, to year 5 pupils being told how non-believers will burn in hell – illustrated by a pastor leading assembly setting wet (baptised) and dry paper (non-baptised) cups on fire."

The 2001 Isle of Man Education Act provides as in English & Welsh law for the parental right of withdraw from religious activities.