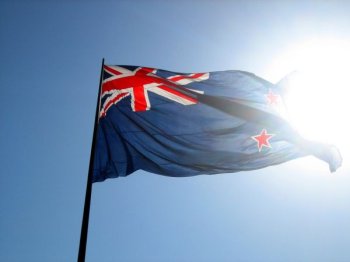 The New Zealand Secular Education Network (SEN) has mounted a challenge over "religious bias" in the way the country's schools teach about religion.

The Secular Education Network campaigns against religious instruction, and for its replacement with an impartial religious studies subject. The organisation describes its mission as being to "promote the true separation of church and state" and to "ensure that all children are treated equally."

David Hines of the SEN told the New Zealand Herald of children who had been bullied after being opted out of religious instruction.

Hines, a lay preacher, said: "It's a spit in the face for every other religion, it is saying that Christianity is superior.

"It is telling the Jews that the Bible is a Christian book when the Jews have substantially the same book but put a different interpretation on it.

"It is a put down for atheists because it says you have got to believe in God to live a good life."

Radio NZ reported that Hines has gathered "26 witnesses for his case, including 13 parents who said their children were mistreated."

One parent said: "We knew there were going to be these bible classes so we thought we would just opt out.

"They were also being badgered for not believing in God."

Professor Paul Morris of Victoria University, who is serving as one of the witnesses for the case, said that the current courses "present Christianity from an evangelical perspective" and said "they do not address students who come from different faith worlds."

The New Zealand Churches Education Commission, which delivers 'Christian Religious Education' in state schools, says teachers "must not use their position to engage in evangelism".

The National Secular Society recently launched a new '21st Century RE For All' campaign to reform how religious education syllabuses are written in the UK, and ensure the subject is taught in an impartial way, including both religious and non-religious worldviews.

NSS campaigns director Stephen Evans said, "RE has long been, and remains, a contentious area of the curriculum, largely because teaching and learning in this area is so heavily influenced by religious groups. Withdrawing children from biased religious education lessons is a right that must be protected until the subject is reformed and impartial."