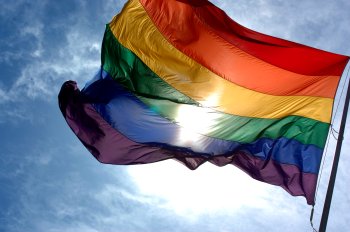 Indonesia's police are to launch a new crackdown on gay people, following a brutal public caning and the mass arrest of 140 gay men at a party.

A new taskforce will investigate LGBT 'activity' across the country.

The police chief of the Indonesia province West Java said LGBT people were afflicted with a "disease of the body and soul".

"I hope there are no followers in West Java, no gay or LGBT lifestyle or tradition. If there's anyone following it, they will face the law and heavy social sanctions. They will not be accepted in society," he said.

An Indonesian LGBT activist organisation, Arus Pelangi, told Reuters that the police were not the morality police and that they should restrict themselves to following the law.

In Aceh, a province of Indonesia ruled by sharia, two men were caned in front of a jeering mob of 1,000.

Meanwhile, 14 gay men were arrested in East Java, tested for HIV and then had the results released publicly.

The LGBT advocacy group said police also released names and addresses of these men, putting them all in danger.

Police recently detained more than 140 gay men at a party, including one British national. Lawyers were denied access to the men, and one told the Telegraph that "It's been quite difficult to get access in terms of information" and that lawyers were having serious problems ensuring the men's rights were being respected.

Ricky Gunawan of the Community Legal Aid Institute said that this was a common tactic of Indonesian police: "Usually this is the time where the people arrested will confess and then the police will use their confessions because there is no lawyer present."

Police released images of the arrested men, revealing their identities. 126 have now been released.

The Indonesian defence minister has called homosexuality a threat to security. The Pew Research Centre found that Indonesia was one of the least tolerant countries in the world when it came to gay rights: 93% of Indonesians said gay people should not be "accepted".

In a 2009 poll, none of the 500 British Muslims interviewed believed that homosexual acts were morally acceptable. a more recent survey found that 52% thought homosexuality should not even be legal.

Stephen Evans, National Secular Society campaigns director, said: "Anti-gay sentiment is prevalent throughout the Islamic world. Such views need to be exposed and challenged wherever they are found. A failure to do so will have a catastrophic effect on the human rights of gay people, both at home and abroad."