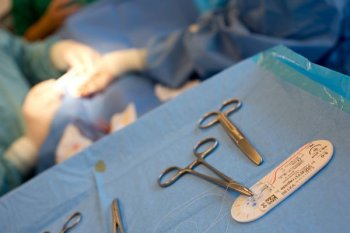 A doctor is facing a private prosecution for assault after he circumcised a boy without the mother's consent.

Dr Balvinder Mehat circumcised the child while the boy was under the care of his father, in July 2013.

The procedure was performed on the baby, whose parents are separated, while he was with his father for the day. He was returned to his mother later that day and she said "he was obviously in pain".

Following the circumcision she said he was "screaming and crying."

"He has been mutilated and suffered permanent damage."

She is now using legal aid to bring about a private prosecution against the doctor who carried out the procedure. Police decided that there was not enough evidence to prosecute.

The mother's lawyer, Saimo Chahal QC, said: "This mother did not consent to her son undergoing the circumcision procedure, which could constitute a criminal offence. While some people with religious beliefs see circumcision as normal, there are others who see it as an unnecessary assault which can be physically and psychologically harmful."

Men Do Complain, a group which campaigns against male genital mutilation, say that "non-therapeutic genital cutting has significant physical and psychological consequences and has no proven benefits."

In 2015 Sir James Munby, a senior judge, and President of the Family division of the High Court noted that some forms of type IV FGM were "much less invasive than male circumcision". He said "any form" of FGM constitutes "significant harm", including Type IV FGM and that the same "must therefore be true of male circumcision."

He noted that these similar procedures were treated differently by the law and said it was a "curiosity" that the law "is "still prepared to tolerate non-therapeutic male circumcision performed for religious or even for purely cultural or conventional reasons, while no longer being willing to tolerate FGM in any of its forms."

Type IV FGM includes "all other harmful procedures to the female genitalia for non-medical purposes, for example: pricking, piercing, incising, scraping and cauterization".

In 2012 a German court convicted a doctor under existing German law for assault when he performed non-therapeutic circumcision on a healthy boy. The conviction prompted anger from Muslims and Jews throughout the world. Within a few months, the German Chancellor, Angela Merkel, pushed through new legislation to exempt male circumcision from such legal safeguards and child protection mechanisms.

Meanwhile the first federal female genital mutilation case is being prosecuted in the United States, with defence lawyers planning to argue that FGM is a religious rite.

There has never been a successful prosecution for the FGM in the UK.