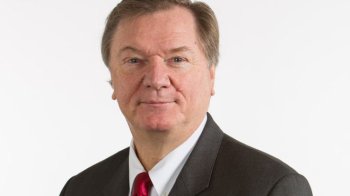 Former MP Graham Allen has accused the Government of launching a "misleading" consultation to delay action against caste discrimination "for ever".

In an open letter to Justine Greening, the Minister for Equalities, Allen wrote that public consultations "have a deservedly poor reputation" but that he could not recall one "that is so misleading and biased".

He said the Government's "clear intention is to delay – probably forever – legislative protection against caste discrimination".

Allen wrote that action would be "so easy" to achieve if ministers used their powers to enact secondary legislation explicitly outlawing discrimination on the basis of caste.

The UN has repeatedly called for legislation outlawing caste.

Allen rejected the Government's argument against legislation, and said that simply waiting and hoping for appropriate case law to develop was totally insufficient.

He said he feared that the Government will use the "dysfunctional consultation" to justify continuing not to legislate, as it has avoided doing since coming into office. He warned that if this happens, the courts will take this as a signal that they should not develop case law to outlaw caste discrimination.

If Parliament did not act and the courts did, "they would risk being accused of usurping Parliament", meaning the prospect of the necessary protections emerging organically from appropriate case law were slight.

"While the Government would have us think it would welcome the development of case law, it deciding not to legislate will ensure there is no case law development either and those suffering caste discrimination will continue not to enjoy legal protection," Allen concluded.

Allen said that the consultation failed "all ten" of the Government's own guidance on consultation.

He said it was "incomprehensible to anyone other than a specialist" and that "no attempt" had been made to those who actually suffer caste discrimination. This failed the key test that consultations must "Take account of the groups being consulted" and "consult stakeholders".

The Equality and Human Rights Commission, which is supportive of legislation to specifically outlaw caste-based discrimination, was not consulted prior to the consultation being launched.

Keith Porteous Wood, the executive director of the National Secular Society, said: "Parliament directed the Government to legislate on caste discrimination and the UN has demanded it. The Government has launched a consultation shamelessly dissuading respondents from opting for legislation. This will deny protection to victims, which appears to be the Government's agenda, in order to appease those – we suspect of so-called higher castes - implacably opposed to legislation."

Read more about our campaign to outlaw caste discrimination in the UK.