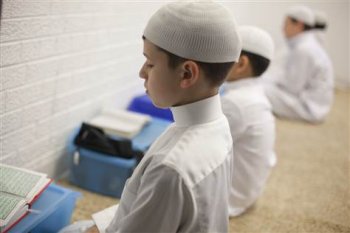 An independent Islamic school in Birmingham has been forced to withdraw an advert for a "male science & Islamic Studies" teacher.

After the Birmingham Mail contacted the school they took the advert down, but they told the paper that they would create a new advertisement and that they still "hoped" to recruit a male teacher.

The advert described the Salafi Independent School as a "vibrant school in the heart of England". It educates more than 150 pupils, aged between five and eleven.

The school has links to a Salafi mosque.

Headteacher Dr Perwaiz Saeed Alam claimed, "We as a school first and foremost have an equality policy throughout our school. We employ 27 members of staff and 18 of those are female and nine are male. It is quite evident that is predominantly female staff."

The school was criticised by Ofsted in 2015 and described as "inadequate" for the poor progress of pupils.

This is not the first male only job advert for an Islamic school that the National Secular Society has seen.

NSS campaigns director Stephen Evans commented: "There is simply no justification for any school to discriminate against job applicants on the basis of gender.

"All schools have a duty to promote fundamental British values and any school that fails to respect the law and promote gender equality is clearly unfit to educate young people.

"By accommodating faith schools we already tolerate religious discrimination and segregation on a scale that would be totally unacceptable in any other area of public life.

"Action must be taken to ensure that no school is permitted to normalise or promote gender-based discrimination, or any other regressive attitudes that are at odds with liberal democracy."

In 2014 the Society warned that the "proliferation of religious schools could be opening the door to gender discrimination in the employment of teachers."

It made that warning after another job advertisement for a "male science teacher" was placed by an Islamic boys' school in Leicester.