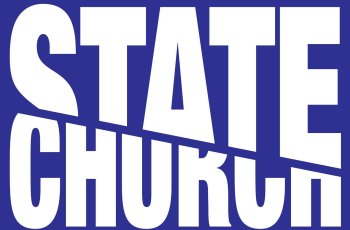 The United Nations' Special Rapporteur Karima Bennoune has recommended that states provide for the separation of religion and state to help counter religious extremism.

Her report on protecting cultural rights, for the UN Human Rights Council, warned of "rising tides of fundamentalism and extremism" that "represent major threats to human rights worldwide".

Bennoune highlighted the work of experts and civil society groups, including the National Secular Society, in combatting religious extremism.

In her introduction to the report she wrote that "rejections of equality" and the "universality of human rights" are "at the heart of" religious fundamentalism and that an "unwavering defence of those principles" had to be the "touchstone of the human rights response."

"We face a worldwide struggle to defend intellectual freedom and the rationality on which it is based," she said.

Religious fundamentalists were animated by "theocratic visions" and "impose their interpretation of religious doctrine on others as law or public policy."

Secularism was key to resisting this, Bennoune said and in the report's recommendations she urged member states to "Provide for and protect the separation of religion and State and guarantee religious freedom, including the right to believe, not to believe and to change one's belief, in accordance with international law".

She also set out a recommendation to "Ensure that schools, curricula and textbooks are not promoting fundamentalist or extremist ideology or discrimination" and urged governments to "take urgent steps" to protect education for all without gender discrimination.

Meanwhile the UN's new Special Rapporteur on freedom of religion or belief Ahmed Shaheed delivered his first report, in which he said that governments and terrorist groups around the world continue to "engage in targeted harassment, intimidation of, or discrimination against religious minorities, unrecognized religious communities and dissidents, who are often confronted with threats to their freedom, safety and security."