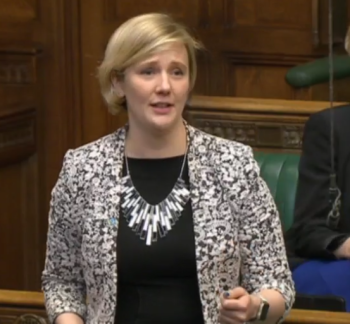 The passage of an amendment to the Children and Social Work Bill means that Relationships and Sex Education will become mandatory in all schools in England.

However campaign groups including the National Secular Society have criticised religious opt-outs that mean RSE will be taught in a way that is "sensitive to the needs of the local community".

The Government has said that faith schools "will continue to be able to teach in accordance with the tenets of their faith".

Stella Creasy MP said that "the devil is in the detail of the amendments" and pressed the Government to support the inclusion of same-sex relationships in the curriculum.

During the debate the Minister for Vulnerable Children and Families Edward Timpson MP stressed the involvement of religious organisations.

He said: "Having engaged with the Church and with representatives of other faiths throughout the process, I am aware of that support. The religious faith that brings many people into the education system will be respected as it has been in the past: that is reflected in the Bill, and will be reflected in the regulations and statutory guidance that will follow."

Mr Timpson said that while RSE will "become a statutory part of the curriculum, so schools will have to provide it."

But he added that the power the Government was creating "will enable schools to teach the new subjects in an age-appropriate way that is commensurate with their religious faith and will best suit their pupils in the setting in which they happen to be".

The minister also cited the support of the Church of England's chief education officer Nigel Genders and Archbishop Malcolm McMahon, chairman of the Catholic Education Service.

Caroline Lucas MP asked "whether it can ever be right [for parents] to deny a child their entitlement to vital education through good, age-appropriate information, not least because we know how important that is to keeping them safe".

Stephen Evans, the campaigns director of the National Secular Society, commented: "The provision of age appropriate sex education is vital to the well-being of children and young people growing up in modern Britain and we very much welcome the fact that it will now become a statutory part of the curriculum.

"We will continue to work to work with Department for Education ministers as they draw up the guidance and regulations around RSE to ensure that the rights of children attending faith schools are not neglected. Good quality, comprehensive RSE should be every child's right."