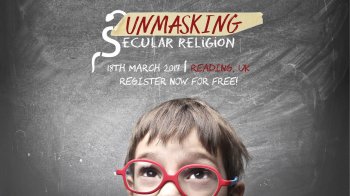 A fundamentalist group which provides support to Accelerated Christian Education schools in the UK is hosting a discussion on the "dangers" of government efforts to tackle homophobic bullying.

The conference, hosted by Christian Education in Europe, is titled "Unmasking Secular Religion" and has scheduled discussions on topics from "The Serpent in Education" to homophobia and the Government's CHIPS strategy to tackle bullying.

While warning of 'indoctrination' by wider society, Christian Education in Europe say its idea of a "successful education will be one which produces young people with a Christian worldview."

Information published ahead of the conference describes the classroom as "a battleground for the hearts and minds of the nation's children" and asks "what does the Bible have to say about education?"

Christian author Brian Hadley will give a talk entitled "Society Indoctrinating The Innocent" in which he will ask, "What are they teaching the children?"

Christian Education in Europe promises attendees that in his talk "Brian reveals the hidden dangers of the government's scheme to challenge homophobia in primary schools".

A spokesperson for Christian Concern, on behalf of Christian Education in Europe, speaking to School's Week, questioned how the talk was homophobic and said that Hadley was just "asking questions".

They added that the talk would be based on Hadley's 'research' which suggested "some dangers of the CHIPS scheme."

Christian Education in Europe supplies curriculum resources to ACE schools. The schools came in for serious criticism from Ofsted after nine of their schools were inspected and downgraded.

National Secular Society campaigns officer Alastair Lichten said, "Despite opposition from some religious groups, many schools are working hard to tackle homophobic/transphobic bullying and to prepare their pupils for life in modern Britain – and that work should be celebrated rather than feared.

"Thankfully, religious education is generally – if slowly – moving away from outdated approaches that aimed principally to promote Christianity. From a child's rights perspective, this needs to be the direction of travel.

"That organisations like Christian Education Europe are retreating into conspiracy theories and victimhood fantasies shows how isolated such groups have become from mainstream Christians and wider society."