Washington Supreme Court: Religious beliefs no excuse for a business to discriminate 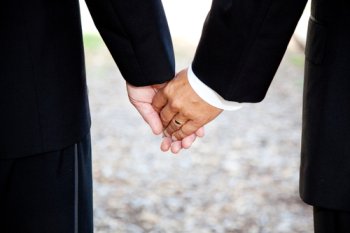 The Supreme Court of the state of Washington has unanimously ruled that a florist cannot discriminate against same-sex couples, in a ruling welcomed by American secularists.

Two men sued a florists, Arlene's Flowers, after the proprietor said providing flowers for a same-sex wedding would be contrary to her religious beliefs.

They had been long-term customers of the florists, and Barronelle Stutzman, the owner and operator, knew that they were gay and in a long-term relationship.

Stutzman was described by the court as "an active member of the Southern Baptist church."

It was "uncontested" by the Supreme Court "that her sincerely held religious beliefs include a belief that marriage can exist only between one man and one woman."

She argued that anti-discrimination laws did not apply to her behaviour, and that if they did the statutes "violate her state and federal constitutional rights to free speech, free exercise, and free association."

Stutzman said that she would unable to do the flowers for the couples' wedding because of her "relationship with Jesus Christ".

One of the men, Curt Freed, said he was "very hurt and upset" following Stutzman's refusal and "deeply offended" that the couples' business was "no longer good business" just because his "loved one [did not fit] within [Stutzman's] personal beliefs."

Following media attention about the story and fearing protestors from groups such as the Westboro Baptist Church the couple abandoned plans for a ceremony with a hundred or more guests and had a much smaller ceremony at the their home with just 11 people in attendance.

Stutzman said this was the only occasion she had ever refused to serve a customer. Following this, she decided on an "unwritten policy" that the florists would not accept requests for same-sex wedding ceremonies. This was due to her conviction that "biblically marriage is between a man and a woman".

The court noted that she had served gay and lesbian customers for other orders unrelated to same-sex marriages.

The court summarised her view as believing "that participating, or allowing any employee of her store to participate, in a same-sex wedding by providing custom floral arrangements and related customer service is tantamount to endorsing marriage equality for same-sex couples."

She maintained that she would sell flowers in bulk or sell "raw materials" but that creating floral arrangements would be crossing over a line where her "imagination and artistic skill" would be used to "intimately participate in a same-sex wedding ceremony".

The court concluded: "As every other court to address the question has concluded, public accommodations laws do not simply guarantee access to goods or services. Instead, they serve a broader societal purpose: eradicating barriers to the equal treatment of all citizens in the commercial marketplace."

Carving out a "patchwork of exceptions for ostensibly justified discrimination" would mean that purpose was "fatally undermined".

The ruling was welcomed by Americans United for Separation of Church and State, who commented: "Religious freedom is a fundamental American value. It guarantees us the freedom to believe, or not, as we see fit. It does not, however, grant us a right to use religion as an excuse to ignore laws that prohibit discrimination."