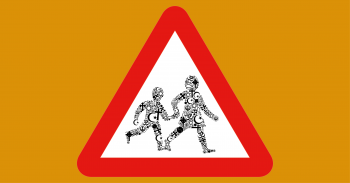 The Times has reported that pupils from Muslim backgrounds outnumber those from Christian families in more than 30 Church of England faith schools, and that one Anglican school's population is from an entirely Muslim background.

One school even describes itself as "a church school serving a majority Muslim community".

Professor Alan Smithers of the centre for education at the University of Buckingham told the Times that secular schools were more appropriate than faith schools, and that some of the Anglican faith schools should be converted.

"The Church of England has traditionally provided education in this country but now that risks being an uncomfortable experience for the Muslim pupils that fill many of these schools.

"It must also be very confusing for the handful of Christian pupils in some of them. It would seem logical these schools become secular institutions."

Stephen Evans, the campaigns director of the National Secular Society, endorsed Professor Smither's comments, and said that the Times' report "exposed the anachronism in our education system."

"A 19th century system of education simply isn't appropriate for 21st century Britain. The time has come to consider ways in which we can move towards a truly inclusive secular education system in which religious organisations play no formal role.

"The Church claims that its schools, funded by taxpayers, are not faith schools but 'church schools serving the local community'. This reassurance means very little given the priority they put on evangelising children and young people to stop the Church's ongoing collapse.

The Catholic Education Service told the Times that 90% of pupils at one Catholic school were Muslim.

Mr Evans added: "There is also an integration concern. In such a religiously diverse country it should be surprising indeed to find any school where all pupils share one religious background. But as we know from research and the recent Casey Review on integration, there are emerging religious ghettoes in the UK.

"The education system is one way of breaking down this separation. But regrettably successive governments have encouraged faith schools, worsening segregation or causing absurd situations where you have an Anglican school with an entirely Muslim student population, or as is more often the case, church schools full of pupils from families that have no interest in religion whatsoever."