“No explanation” for why council is declining Sabbath swimming cheque 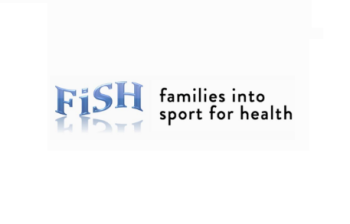 Local campaigners have accused Lewis council of "blinding inconsistencies and contradictions" after it declined £11,400 to fund the opening of a sports centre on the Sabbath.

Last year councillors voted decisively against a year-long trial of Sunday opening, citing cost reasons, but they have now refused to accept a cheque for £11,400 that would fund Sunday opening.

One councillor previously said that opening on Sunday was "a matter of conscience for me as I have to stand up for what I believe in and that is in God" and another cited a pledge on their election leaflets to "to uphold Christian values" and said that "Remembering the Sabbath day, to keep it holy" was such a "value", the Herald reported.

Families Into Sport for Health (FiSH) told the National Secular Society that the Comhairle's latest reasoning to decline the donation was riddled with "inconsistencies and contradictions".

"It was stated that they could not accept the funds as the trial could not go ahead for financial reasons. This makes no sense whatsoever since clearly us giving them the funds solves this issue," FiSH said.

Issues related to staffing could be overcome, the campaigners said, and the obstacles were being thrown up to mask the true, religious reason for councillors' objections.

FiSH said public statements and correspondence from councillors all points to the "religious nature" of the council's continuing prevarication.

"This worthy cause has dragged on for ten years, group members have had strokes, some have died, families have grown up and left home, and we are still left fighting for a public service that is acceptable in every other community in the country. This money was raised to assist the council which admitted that financial constraints made the trial impossible. To deem this unworthy is unacceptable."

FiSH said the Council "should tell a 9 year old boy with Cystic Fibrosis that his need to use indoor sports facilities … in order to maintain his health is an unworthy cause."

They said there had been no explanation of the "operational issues" that the council cited since the money was raised, and the campaign group questioned what possible issue could "deter opening a sports centre on Sundays in Stornoway that [does] not affect other parts of the Western Isles where indoor sports facilities [do] operate on Sundays."

The campaigners have vowed to continue their campaign and plan to make a formal complaint to the council and then take their case to the Scottish Public Services Ombudsman.

One local campaigner from FiSH told the BBC, "My children [ask] for the sports centre to be open on Sundays and I don't have a good answer for them as to why it's closed.

"It seems reasonable to me that they have somewhere indoors to play and to do sport on a Sunday. We want the sports centre to be open on Sunday and we will do what we have to do to help make that happen."

When asked whether opening the sports centre on Sundays would be beneficial to islanders' health, the Free Church of Scotland suggested having Sunday as a day of rest was "hugely important" for "mental health".