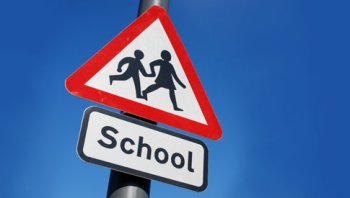 The Sunday Times has reported on allegations of two new cases of attempts to foist a strict Islamic ethos on non-religious state schools.

The paper saw a copy of a confidential report by Oldham council which found that the headteacher of Clarksfield Primary School faced "threats to blow up her car", "verbal abuse" and had been physically attacked by a parent at the Pakistani-majority school.

One parent governor, the Sunday Times reported, held "Islamic teaching sessions" on schools premises and his wife "made remarks to Asian staff members that they should, as Muslim women, be wearing a veil and covering their heads."

The couple campaigned against "lewd and inappropriate activities" such as sex education.

The governor, Nasim Ashraf, is also accused of trying to "intimidate school staff" and change the school to "reflect their interpretation of Islam".

There was an "organised effort" to "change the ethos of the school", according to one source with what the Sunday Times described as "close knowledge" of the situation, but the council report concluded that Ashraf himself was "not part of any wider conspiracy".

National Secular Society spokesperson, Benjamin Jones, commented: "In some ways it is far more worrying if this was not a 'plot' but arose organically from the local community and parents. This points once again to the serious divisions which exist in parts of the country. There is no easy solution to promote integration and break down these barriers, but a move away from faith-based schooling would be an obvious start."

Andrew Gilligan of the Sunday Times then reported the claims of a second headteacher, Rick Hodge, who came forward after the Clarksfield case was reported and said he faced a "campaign of harassment" to force him from the leadership of the Phoenix Free School orchestrated by the school's founder, Affan Burki.

Hodge said he became suspicious about the project to open the free school after overhearing discussions about proposals for a dress code for female staff. Hodge said that Burki "went completely off on one about how not wearing a hijab would effectively turn all Muslim women into whores."

Ultimately the school had its funding withdrawn by the Department for Education and never opened.

Meanwhile it emerged that the Government is considering opening a new wave of Christian free schools in Muslim-majority areas, including in Oldham, to promote integration.

The NSS rejected this approach and called for inclusive, secular schools free from any religious ethos, where children of all backgrounds can be educated together.