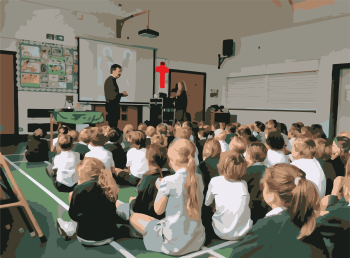 The Scottish Government has launched a consultation on religious observance, following a court case last year and a poll from The Times which found a majority in favour of change.

The limited consultation, which will involve religious organisations and parents' and teachers' groups, will consult the Humanist Society Scotland (HSS), who launched a legal challenge to religious observance in 2016.

The judicial review case was 'paused' late last year after the Government agreed to consult on new guidance for religious observance; hailed as a "step in the right direction" by the HSS.

Proposals to be consulted on by the Government include recognising that schools may rename religious observance as "time for reflection" which "may be more appropriate". The proposals also highlighted the need for the parental right of withdrawal from RO to be better communicated to parents.

The proposed revisions note there is no "statutory right to withdraw afforded to children and young people". It says "schools should include young people in any discussion about aspects of their school experience" and ensure "their wishes are taken into account."

Stephen Evans, NSS campaigns director, said: "This limited consultation is only on the guidance pertaining to religious observance, not the law underpinning it, and ultimately it is this that needs to be addressed. The proposed changes are a step in the right direction, but fall well short of ensuring that parental rights and young people's religious freedoms will be protected. Laws requiring worship in schools have no place in a modern education system."

The chief executive of the HSS, Gordon MacRae, told the Times: "This survey confirms what we have known for some time, that a majority of people in Scotland support a change in this arcane law."

Last year the United Nations Committee on the Rights of the Child said Scotland's failure to allow children to withdraw from religious observance was incompatible with Articles 12 and 14 of the UNCRC. The UN Committee called on UK governments to repeal legal provisions for compulsory attendance at collective worship in publicly funded schools and ensure that children can independently exercise the right to withdraw.