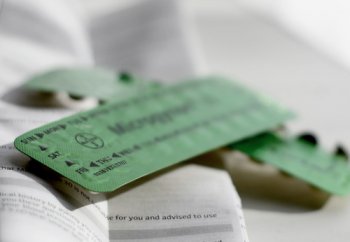 New professional standards being consulted on by the General Pharmaceutical Council (GPhC) will place more emphasis on the rights of patients, rather than pharmacists who refuse to dispense medicines for religious reasons.

There have been recent cases in the UK and internationally where women have been refused emergency contraception prescribed by their doctor because of the pharmacist's personal beliefs, and a consultation last year from the GPhC said that "balance" was required between the needs of patients and the religious beliefs or personal objections of pharmacists.

In response the Secular Medical Forum (SMF), an affiliate of the National Secular Society, said that it was contradictory for pharmacists to be told by the regulator that they must "provide person-centred care" while being free to "balance" that care against their own "personal values and beliefs".

The SMF objected to the implication from the Council that members of the public should have to balance their beliefs with those of a professional.

Secular medics told the Council that "Balance is an unhelpful, ambiguous term" and that there was "a significant risk that those pharmacy professionals with strong personal views, almost always religious, will interpret 'balance' in favour of their own personal views."

As a result of the guidance, care could be determined by the beliefs and values of the professional rather than the needs of the patient.

Pharmacists have the right to hold a belief, the SMF said, but not an unlimited right to manifest their religious or other belief in the workplace, particularly "when they conflict with the personal beliefs of a person accessing the services."

Most of the concerns and recommendations raised by the SMF have now been incorporated into the draft guidance in the consultation.

Dr Antony Lempert, chair of the SMF, welcomed the steps taken by the regulator: "As a direct result of concerns raised by the Secular Medical Forum, the National Secular Society and others responding to last year's consultation on standards for pharmacy professionals, the General Pharmaceutical Council (GPhC) has acknowledged that it got things wrong and has now launched an additional consultation on religion, personal values and beliefs.

"The proposed new standards for pharmacy professionals would provide an unprecedented level of protection for pharmacy users from pharmacists who conscientiously object to dispensing certain medicines."

The GPhC says the new consultation, with draft guidance reflecting the concerns of the Secular Medical Forum, intends to "shift the balance in favour of the needs and rights of the person in [pharmacists'] care."

The Council has said it is consulting "to ensure that pharmacy professionals take responsibility for ensuring that person-centred care is not compromised by their religion, personal values or beliefs. The proposals will change the expectations placed on pharmacy professionals when their religion, personal values and beliefs might, in certain circumstances, impact on their ability to provide services."

Under the new guidance, a referral to another service provider, such as an alternative pharmacist, might not be considered acceptable as it could compromise person-centred care.

Dr Lempert added: "We know of several cases where women have been refused emergency contraception prescribed by their doctor because of the pharmacist's personal values. This is distressing for patients and may place vulnerable people at risk. The new guidance would make it perfectly clear that a pharmacist who refuses to dispense emergency contraception for example should make sure that there is another pharmacist on duty without a conscientious objection to dispensing such items.

"The GPhC is to be commended for responding so positively to robust feedback. It has recognised that its initial recommendations were wholly inadequate and has gone a long way towards setting a standard for other regulatory bodies to follow.

"It should always be the personal responsibility of a healthcare professional to be pro-active in making sure that his or her own personal views do not obstruct people's access to professional care. If a pharmacist has objections to a certain professional activity then they must make sure that they do not choose to work in an environment where their refusal might compromise a patient's access to treatment.

"It would be helpful for as many people as possible to respond positively to the new GPhC consultation both to commend the GPhC for responding to the concerns raised and to help ensure that the forward-thinking draft recommendations are not watered down by religious objections to putting patients first. Some Christian and Muslim groups have already raised concerns about the proposed changes."