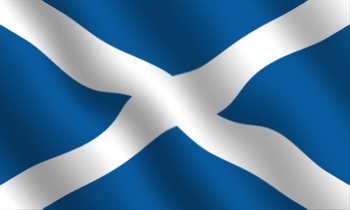 A clergyman has used his privileged position on Highland Council education committee to attack "overt" LGBT people.

Alexander MacLean of the Free Presbyterian Church of Scotland attempted to have the word "homophobic" removed from a recommendation to reduce bullying.

He said that bullying was "sadly one of the reactions" against "overt" LGBT "lifestyles".

MacLean questioned whether books which mention same-sex couples were "really appropriate for young children" and said the textbooks were "promoting LGBT practices."

"The percentage of LGBT people in UK population is two per cent therefore the number of LGBT children must be very small in our schools.

"Many parents are concerned that their children are being exposed to the teaching of LGBT lifestyles which leave children confused and disturbed.

"Some of these parents do not know what they can do about their concerns so as a representative of this committee I bring this matter before you."

He accused "the LGTB lobby" of "using the bullying of LGBT pupils to bring their agenda in our schools, promoting their lifestyle."

MacLean is one of three religious representatives given seats on the Highland Council Education, Children and Adult Services Committee.

His comments came as the committee discussed a new report on tackling bullying against LGBT pupils in schools.

Benjamin Jones, National Secular Society spokesperson, said: "If any other member of this committee had made these comments they could be voted out of office at the next elections.

"MacLean describes himself as a 'representative' of parents who think children are 'disturbed' by same-sex couples. But MacLean isn't a representative; he hasn't had to win this seat, it was given to him.

"And now MacLean is free to say and do whatever he wants, without any prospect of having to defend his statements in an election.

"It is totally wrong for religious leaders to be given an automatic seat and powers to make decisions over the education of local people.

"If he wants to implement his views as policy he should have to face an election like everybody else."

The Council said that MacLean's comments were "rejected by councillors and by the chairman of the committee".

They said MacLean was only on the committee because legislation required places for "faith representatives".

The Strathspey and Badenoch Heraldreported that Councillor Bren Gormley said MacLean's comments were "pernicious [and] offensive".

The Scottish Secular Society is currently petitioning the Scottish Parliament in a bid to remove the constitutional anomaly that imposes unelected Church appointees on Local Authority Education Committees.