Britain has no national religious identity, say 18 to 24s 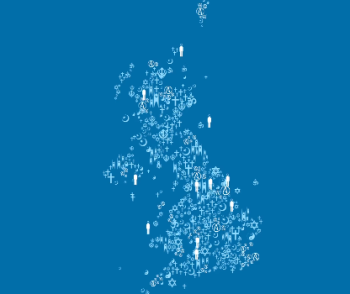 A ComRes poll has found that a plurality of 18 to 24 year olds believe Britain is a country "without a specific religious identity."

Just 31% of the youngest cohort believed Britain to be a Christian country, and 41% told pollsters it did not have a national religion.

On the other end of the scale, ComRes found that 74% of over 65s thought Britain was still a Christian country, though 20% of this group said it did not have any religious identity.

In each successively younger cohort the percentage of those answering "Britain is a Christian country" fell and the number saying Britain was a country without a "specific religious identity" rose.

NSS campaigns director Stephen Evans said: "Britain today is one of the most religiously diverse and non-religious countries on earth. The national church is in seemingly terminal decline and it seems clear that rather than aspiring to be 'Christian country', we should be setting our sights on becoming an inclusive secular state in which people of all faiths and none can live together on an equal footing."

Half of the poll's respondents aged between 18 and 24 said they had no religion. Out of 238 respondents in this age bracket just 67 said they were Christian, compared with 121 "nones".

Mr Evans added: "When they are handing religious groups more control over the state education system the Government should bear in mind that both parents and pupils are among the least religious cohorts in our society."

The National Secular Society recently published a major report calling for reforms to education, the law and the state to reflect Britain's increasingly religiously disinterested society.