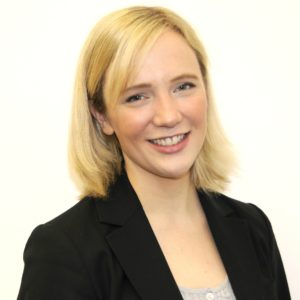 Recent efforts to secure mandatory SRE in schools have failed and some Conservative MPs were accused of filibustering an attempt by Green Party co-leader Caroline Lucas to make PSHE compulsory in all state schools.

Writing for Conservative Home, Stella Creasy MP wrote that she wanted to offer an "olive branch" to Conservative MPs.

"Opportunities for progress" in other areas shouldn't be lost while Parliament grapples with the process of exiting the European Union, she argued.

The Labour MP urged Conservative politicians to consider supporting her amendment to the Children and Social Work Bill, which is "about giving every child a legal right to learn about sexual consent as part of safeguarding them."

"For the benefit of the kids, I'm asking you to do something uncomfortable and work with your opponents," she wrote.

"Across the House there are members who support the provision of sex and relationship education (SRE) to all young people. Concerns about children living in a world of Snapchat, Tinder and sexting are widespread, as is recognition that teaching them about healthy relationships and what abuse is can help victims come forward. Several Select Committee Chairs from both Labour and Conservative have pledged their support."

She said that "attempts at cross-party consensus are breaking down as time runs out to get this right."

Creasy said that the Government was "prevaricating" on a pledge to bring forward proposals on mandatory SRE, and without amendments to the Children and Social Work Bill "it is difficult to see when or how else any statutory guarantee of provision of SRE can be introduced."

The Labour MP offered to withdraw her amendment to the Bill "if the Government offers alternative legislation that covers all kids and all schools in an inclusive and age appropriate way."

The amendment specifies that "For the purpose of safeguarding and promoting the welfare of children a local authority in England must ensure that pupils educated in their area receive appropriate personal, social and health education."

The National Secular Society advocates for all children and young people, including pupils at faith schools, to have a statutory entitlement to impartial and age-appropriate SRE, with no parental opt-out.