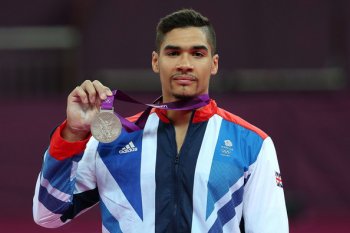 The National Secular Society has written an open letter to British Gymnastics calling on the body to reverse the two month suspension given to athlete Louis Smith for mocking Islam.

The sporting body suspended Smith for two months and gave fellow athlete Luke Carson a reprimand over a video in which the two mocked Islamic prayer.

President of the National Secular Society Terry Sanderson wrote to British Gymnastics that's its own "censorious actions" had caused far more harm than Smith and Carson's mockery of Islam.

In an open letter Mr Sanderson said that British Gymnastics "has contributed to a climate of censorship brought on by the unreasonable and reactionary views" of religious extremists.

"Rather than defending free expression, one of the most precious pillars of our liberal democratic society, you have chosen instead to side with extremists and patronise British Muslims by assuming they will take offence at the trivial actions of these two athletes.

"British Gymnastics' condemnation and punishment of Louis Smith and Luke Carson will only serve to embolden the religious extremists who reject free speech and religious tolerance by demanding that Islam must not be mocked."

Smith said that he has received many death threats following the publication of the video.

Mr Sanderson added: "We urge you to consider whether by taking the actions it has, British Gymnastics has further endangered the safety of these two athletes by giving succour to those who seek to silence all criticism and mockery of their religion."

The National Secular Society has now called on British Gymnastics to revise its code of conduct to protect athletes' freedom of expression.

Matthew Syed wrote in the Times in October that the Louis Smith video would "become a test case" for the "illiberal contracts that British Olympians are required to sign".

Jane Allen, chief executive of British Gymnastics, said when the suspension and reprimand were announced: "As the custodians of the integrity and values of the sport, we have had no choice but to act responsibly.

"Whilst both individuals showed remorse following the incident, we hope in the future they use their profile to have a positive impact on sport and communities."

Also see: The demonisation of Louis Smith: This is how a de facto blasphemy law works