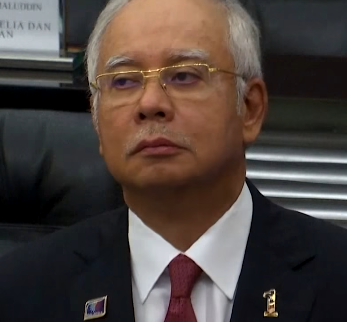 Malaysian Prime Minister Najib Razak has announced plans to strengthen the power of Islamic law in the country, in a bid to sure up support from Muslim voters.

He told Malaysian TV that he wanted to "develop Islam" and grant more power to sharia courts.

"Non-Muslims must understand that this is not about hudud [punishments under Islamic law] but about empowering the Sharia courts," he said.

Two state governments currently punish apostasy with the death penalty, though it is not thought that these laws could currently be enforced.

Many fear that a bill currently before the Malaysian parliament will impose strict sharia law on the country, which is a Muslim-majority nation but which has sizeable religious minorities.

A private member's bill would implement "real" sharia punishments for 'crimes' including sex before marriage and drinking alcohol.

At present penalties include six months in prison and a fine, but the bill would dramatically increase the severity of the punishments.

The more severe punishments would include 100 lashes for unmarried Muslims who have sex, and between 40 and 80 lashes for drinking alcohol.

The Malay Mail Online said the Deputy Prime Minister viewed the legislation as an effort to "upgrade" Malaysia's sharia courts.

The amendment to existing legislation would also allow sharia courts to hand out much longer sentences, of up to thirty years, and 100 lashes, and this is also being supported by the government.

Razak has previously said "[Malaysia] will not tolerate any demands or right to apostasy by Muslims, or deny Muslims their right to be governed by Shariah Courts and neither will we allow Muslims to engage in LGBT activities."

Last year's 'Freedom of Thought' report, produced by the International Humanist and Ethical Union, said that there "grave violations" of human rights in Malaysia, and that the country was "declining, with human rights including freedom of thought and expression under serious assault."

Razak previously said that "humanism and secularism as well as liberalism" were a threat to Islam, and he has criticised human rights, saying they were "deviationist in that it glorifies the desires of man alone and rejects any value system that encompasses religious norms and etiquettes."

IHEU reported that the Prime Minister had previously said "lesbians, gay, bisexuals, and transgenders" were "like the Islamic State".

Reuters reported that the Prime Minister's recent comments about strengthening Islamic law were an attempt to "consolidate support of ethnic Malay Muslims at a party meeting this week, as frustration over graft and the economy cloud prospects for the next election."