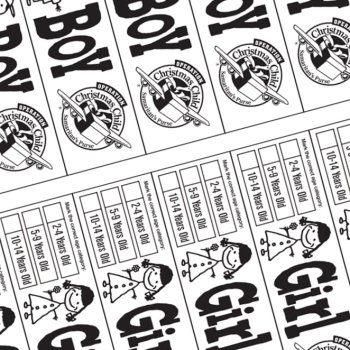 The American Humanist Association has filed a lawsuit in Colorado to challenge 'Operation Christmas Child', an evangelical charity scheme, being promoted by public schools.

The scheme supports "the advancement of the Christian faith through educational projects and the relief of poverty" and uses the shoeboxes to proselytise and promote a literalist, hard-line interpretation of Christianity.

David Niose, the legal director of the American Humanist Association (AHA) said: "As taxpaying citizens with children in the school district, these families object to their schools supporting the efforts of Christian missions to convert children in developing countries.

"Pressuring students to participate in religious programs in their public schools flies in the face of the separation of church and state that the Establishment Clause demands."

The AHA initially filed the lawsuit against a school district in 2014, on behalf of local parents.

The scheme has faced international criticism and the National Secular Society has raised objections to the scheme in the UK, and regularly advises parents and schools on alternative charitable projects to support instead of the Shoebox Appeal.

NSS campaigns director Stephen Evans said the scheme was a "Trojan horse to use people's goodwill and generosity to fund the spreading of literalist Christianity."

"It really is a deeply unethical and wholly inefficient way of providing aid. We would always urge schools, clubs and workplaces to find alternative ways of assisting children in need."

The London School of Economics (LSE) recently distanced itself from Operation Christmas Child after the NSS raised a number of concerns about its promotion of the scheme in previous years. The LSE said it had previously been run by the REJOICE staff network, but that there were no plans to run the same campaign this year.

Last year Girlguiding UK confirmed to the NSS that it "does not support the Samaritan's Purse Operation Christmas Child initiative" and that it would not be encouraging groups to support the scheme.

A school in Buckingham has also decided to end its association with the scheme, after an NSS member raised concerns about the organisation's anti-LGBT agenda.

Once information was bought to the school's attention senior management agreed that Samaritan's Purse was "not an appropriate organisation for the school to be involved with".

Although it was too late for the school to change scheme this year, they have said there will be no further collaboration with the organisation, and are looking into more appropriate charitable projects to support next Christmas.

See also: Advice for parents on the ethical, educational and efficiency case against the Samaritan's Purse Operation Christmas Child