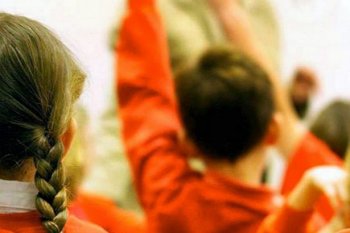 Parents should be encouraged to place pupils in "diverse schools" to help tackle growing ethnic segregation, a major report has warned.

The report, co-written by Professor Cantle and Professor Eric Kaufmann, said that ethnic segregation in the UK risked breeding "intolerance and prejudice" and that "any form of contact does break down stereotypes."

Professor Cantle, who warned fifteen years ago that Britons were living "parallel lives", said that "the focus of policy needs to shift" to encourage mixing between different ethnic groups. This included encouragement "with respect to placing pupils in diverse school" to "create a positive choice for mixed areas and a shared society."

Professor Cantle has been highly critical of Government plans to drop the current requirement for new religious schools to keep at least half of their places open to local children, regardless of religion or belief.

His warning comes as a Populus poll commissioned by the Accord Coalition and the British Humanist Association found overwhelming opposition to selection by faith, including among religious voters.

The large poll of over 2,000 people found that 72% oppose all religious selection in schools. Just 15% of voters favour religious discrimination in admissions.

63% of Catholics are against religious selection, and 68% of all Christians are.

Rabbi Jonathan Romain of the Accord Coalition said "The poll highlights how religious discrimination is out of step with mainstream values in modern Britain. Schools are one of the very worst places where it should be tolerated. They are the state funded institutions that should be doing most to prepare people for life in a diverse society, not segregating and discriminating against children on the grounds of faith."

Stephen Evans, National Secular Society campaigns director, said: "The unfairness of school admissions policies that discriminate on religious grounds is there for all to see, but it's clear that many people also now recognise the dangers of separating children by their parents' faith.

"Education policy should be focussing on fostering cohesion and breaking down barriers. The Government's plan to open a new wave of religiously selective faith schools will only exacerbate the growing segregation we're seeing across the country and sow the seeds for yet more division."

On the day the poll came out the London Assembly passed a motion opposing the Government's abolition of the 50% admissions cap for new faith schools.

The motion, proposed by Tom Copley AM, called on the Mayor of London "to make representations to the Government to keep the 50% cap in place."