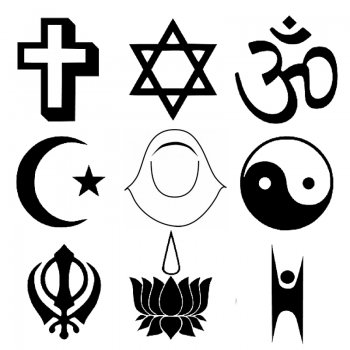 The 2015 Scottish Social Attitudes Survey has found Scots to be increasingly accepting of ethnic and religious diversity, though many still have particular concerns about Islam.

Pollsters asked Scottish people about their attitudes to wearing religious garments at work and whether an employer had the right to ask an employee to take off a cross, Sikh turban, hijab or face-veil.

Since 2010 respondents have become more likely to say employees should be able to wear many different types of religious symbol at work, from crucifixes to hijabs.

35% of Scots however said that an employer should "probably" or "definitely" not be able to insist a face veil is removed.

In 2010 41% agreed that an employer should be able to ask for a face veil to be removed.

Just one-in-five thought that it was right for an employer to ask for a Sikh man to remove his turban, slightly more than the 18% who think it is acceptable to ask a Muslim woman to remove her headscarf. Only 15% said the same for a Christian woman wearing a crucifix.

Despite concerns of increasing anti-Muslim bigotry in Scotland, the survey found that the "predominant trend was one of discriminatory attitudes declining".

Though an overall number of people still agree with the statement (41% agree and 39% disagree), the trend since 2006 appears to be towards more tolerance of Muslim minorities, though significant concerns remain.

There has also been a slight decline in the number of people who would be "unhappy" or "very unhappy" if a close relative "formed a long-term relationship" with a Muslim. 24% said they would be unhappy with this in 2006, compared to 20% in 2015. 49% said they were would be "very happy".

Though Scots are more tolerant of certain religious symbols in the workplace, Scottish society as a whole is markedly less religious. The recently released results of the Scottish Household Survey found a marked increase in those who had no religious affiliation. Between 2009 and 2015 the 'nones' increased by 10%, from 40% of the population in 2009 to 50% last year.

The Survey said there was "a corresponding decrease in the proportion reporting 'Church of Scotland', from 34 per cent to 25 per cent" over the same time period.

The results of the Scottish Household Survey can be read here.