India debates replacing religious laws with one secular law for all 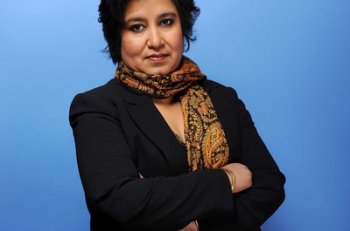 The author Taslima Nasreen, an honorary associate of the National Secular Society, has called on India to embrace a new Uniform Civil Code which would abolish religious personal laws for minority groups.

In India minorities are subject to specific religious laws on issues like marriage, divorce and inheritance.

The debate in India about moving to a Uniform Civil Code is a long-running one, but the Indian Law Commission is now consulting on the proposal, which would replace separate religious laws for each minority with one law for all.

Nasreen said that a uniform civil code to replace specific laws for religious groups was "the best solution for India, and in fact all over the world."

She said that in both India and other countries where Muslims "have their own laws" women are oppressed and treated unequally. Nasreen said those laws "should be changed."

Muslim women's groups having been clamouring for reform, particularly to triple takaq, the process by which men can arbitrarily and unilaterally divorce their wives.

Earlier this year the Muslim Women's Quest for Equality said that sharia "should be abolished to save the country and Indian Muslims from … fundamentalists".

In response to these calls the All India Muslim Personal Law Board, which administers sharia, defended Islamic rules on marriage and divorce because triple talaq was better than "criminal ways of getting rid of [an unwanted wife] by murdering her".

Nasreen was forced to flee Calcutta in 2007 after violent protests by Muslims who claimed she "seriously hurt Muslim sentiments".