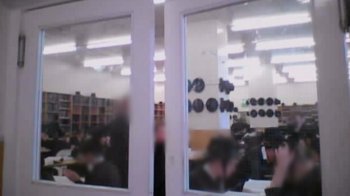 The National Secular Society has welcomed calls from the Local Government Association to be given more powers to tackle illegal faith schools and investigate the education of the 37,000 children who are home schooled.

The Association, which represents 370 councils in England and Wales, said that home schooling was sometimes being used as a cover for children who really attended illegal faith schools which are not registered with the Department for Education.

Councillor Richard Watts of the Local Government Association said that "in some cases, a child listed as home schooled can, in fact, be attending an illegal school. With limited powers to check on the work a child is doing, however, councils are unable to find out whether this is the case. They work closely with their communities to help identify where illegal schools are, but the ability to enter homes and other premises and speak to children would go a long way towards tackling the problem."

"In addition, not all children are registered as home schooled, particularly where they never joined the mainstream education system, or have moved to a different area. Placing a legal duty on parents to register home-schooled children with their local authority would help councils to monitor how children are being educated, and prevent children from 'disappearing' from the oversight of services designed to keep them safe."

The Local Government Association said that the "significant rise was linked by the Education Secretary and Ofsted to an increase in illegal schools".

Watts continued: "If councils have powers and appropriate funding to check up on children's schooling, we can help make sure children aren't being taught in dangerous environments, and are getting the education they deserve, while standing a better chance of finding and tackling illegal, unregulated schools more quickly.

"We also need to know that where there are concerns, the right regulations are in place so that Ofsted and the Department for Education can close illegal schools swiftly."

The LGA said that "In some cases, children have been taught in warehouses and old factories, and in facilities with open drains or no running water. Some illegal schools have also been linked to the teaching of extremist views."

To fully investigate illegal faith schools, the LGA said that councils should be allowed to "enter homes and other premises and see children to check the suitability of education being delivered if necessary, and to compel parents to register home educated children".

NSS campaigns director Stephen Evans said: "It is welcome to hear the Local Government Association being so proactive in dealing with this problem. We have seen reports of individual councils not doing enough to investigate and identify illegal faith schools. These issues cannot be avoided for reasons of religious sensitivity. All children are entitled to a good education, too many are being failed."

Ofsted warned recently that some councils and police forces were not willing to investigate unregistered religious schools because they "don't want to upset community relations" and Bradford Council was accused of being in "denial" over illegal faith schools.

See also: Allowing children to languish in illegal religious 'schools' is the bigotry of low expectations.