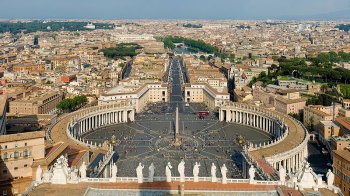 The Holy See's ratification of the United Nations Convention against Corruption has been dismissed as mere "window dressing" by the National Secular Society.

Senior Vatican officials said the move would help ensure good governance not just internationally but of the city state itself. The Vatican has been rocked by numerous scandals including a far-reaching clergy sex abuse crisis, money laundering and corruption at the Vatican Bank.

Vatican Radio reported that Holy See had ratified the Convention with two reservations and three interpretative declarations. One of these reservations states that the Holy See reserves the right not to participate in any "appropriate mechanism or body to assist in the effective implementation of the Convention".

The National Secular Society, which has been active at the UN in holding the Catholic church to account over its failure to address child abuse within its ranks, said the Holy See's caveats meant the ratification amounted to "mere window dressing".

NSS executive director, Keith Porteous Wood, said: "The Vatican is among the most corrupt states in the world and is close to being ungovernable, as is evident from Gianluigi Nuzzi's book Merchants in the Temple, which reveals the shocking extent of corruption within the Vatican.

"This is the Catholic Church once more saying 'do as I say, not as I do', as is clear from it tellingly reserving the right to not participate in enforcement measures, which might require the Vatican to disclose its own difficulties in implementing and complying with this Convention."