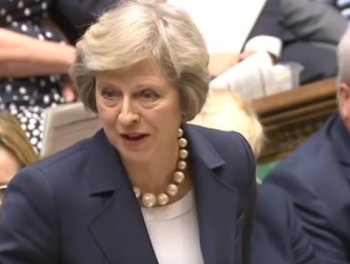 The Government has launched a consultation on controversial plans to abolish the 50% admission cap on faith schools, which currently limits religious discrimination in the admissions policies of oversubscribed new faith schools.

The Department for Education claims that it will replace the admissions cap with measures that "promote inclusivity," an assessment the National Secular Society has rejected.

The proposals suggested in the Green Paper include twinning arrangements between schools of different faiths, and mixed-faith multi-academy trusts which the Department for Education claim would "promote greater cohesion".

The Government has also suggested that before new faith schools are set up that local demand must be proven and that "parents of other faiths would be happy to send their children there".

In addition the Green Paper says new faith schools should "Consider placing an independent member or director who is of a different faith or no faith at all on the governing body of new faith free schools. This will help ensure that there is independent input into the governance of the school and will help ensure that they have a wider perspective beyond their own faith."

"On reading the Green Paper it is clear that the glaring problem in promoting integration in our education system is the existence of faith schools. This is the elephant in the room, which the Government refuses to address in any meaningful or serious way. It is skirting around the main issue.

"Half-hearted measures, such as those included in the paper, are no substitute for pupils actually being educated alongside each other and forming enduring friendships across different groups.

"Faith schools are divisive, and by allowing 100% religious selection in new religious schools the Government will only worsen the segregation and discrimination that they create.

"I hope as many people as possible will contact their MPs, urging them to oppose these proposals and instead support schools that are open and inclusive, catering for all local children regardless of their religious or non-religious beliefs. The time has come to end the discrimination and segregation caused by faith schools – not extend it".

Senior Conservative MP Ken Clarke raised his concerns about the proposals in the House of Commons. He asked Education Secretary Justine Greening if she ought to "reconsider pretty fundamentally the announcement she has made about faith schools".

"We need to live in a society where we reduce barriers and improve contacts and integration between people of all faiths. If the system has been imperfect, we need to know why it has not worked. It may be right to modify it, but will not simply removing the cap altogether lead us into considerable danger?"

The Education Secretary claimed that she wanted to make sure that "all new faith free schools are truly inclusive".