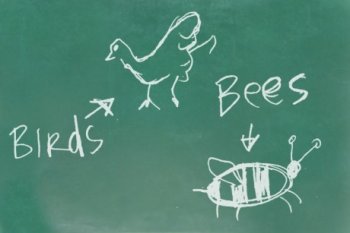 Writing in the Guardian, the chair of the Association of Police and Crime Commissioners and former Labour MP said that compulsory sex education was crucial to tackling "endemic sexual exploitation".

She urged the Government to act to aid prevention of abuse, noting that "police forces across England and Wales investigated 70,000 cases of child sexual abuse in 2015".

Despite this vast number of cases, she warned that "child sexual abuse in all its forms is significantly under-reported, with only one in eight victims coming to the attention of police and children's services."

She lambasted ministers for blocking "the one step that can protect young people" and said PSHE should be compulsory for "every school".

"Schools are currently required to make provision for PSHE education only from the age of 11 and only in maintained schools, not academies," she wrote.

Baird blamed the failure to make PSHE compulsory in all schools, which former Education Secretary Nicky Morgan was reportedly in favour of, on "David Cameron and some religious groups".

She said that while there should be an "accommodation" of some kind with the "sensitivities of religious parents", these concerns were "hard to understand" given "the overwhelming expert view that PSHE increases protection for children".

The National Secular Society has called for sex and relationships education to be made a statutory part of the national curriculum for all schools, including faith schools and academies.

Keith Porteous Wood, executive director of the National Secular Society, said: "Given the shocking extent of historic child sex abuse in religious settings, religious organisations ­- always so keen to impart moral guidance ­- should be keener than anyone do everything they can to prevent abuse occurring again. Yet all too predictably, many such groups are blocking compulsory PSHE on religious grounds.

"We call on the new Prime Minister to reverse David Cameron's decision on compulsory PSHE in primary schools, and hope that Theresa May will require all schools to provide compulsory age-appropriate sex and relationships education.

"We disagree with Vera Baird on withdrawal however, there should be no ability for withdrawal as the pupils most in need of this education are the very one whose parents are most likely to withdraw them."

The National Secular Society has written to Justine Greening MP, the new Secretary of State for Education, urging her to reconsider the decision of the last Prime Minister and take steps to make PSHE compulsory in all schools.