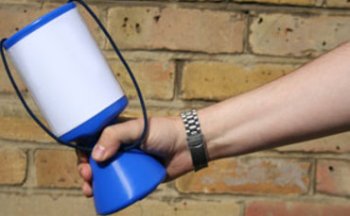 The National Secular Society has called on the Government to reform a charity aid scheme to ensure that all charities, including secular ones, can access the scheme and benefit equally.

Charities with community buildings such as village halls or religious buildings can claim under the scheme but only if they do not charge for entry. This means churches who derive their income from collections can benefit, but community groups such as Scouts and Guides cannot, as they charge, often much less than the amount congregants pay.

The Gift Aid Small Donations scheme (GASDS) is designed to "support the charity sector by providing top-up payments in circumstances where it would not be feasible or practical to obtain a Gift Aid declaration."

The Government has cited "bucket collections or church plate collections" as examples of where charities could "claim Gift Aid style top-up payments" of 25% on up to £8,000 of small cash donations. The Church of England alone has 16,000 churches which are able to claim under the scheme.

The Government held a consultation on the scheme, and the National Secular Society met with HM Revenue and Customs to express its concerns that the scheme disproportionately benefits religious charities and has proposed reform to open up the scheme's benefits to secular groups.

Keith Porteous Wood, the executive director of the National Secular Society, said: "The rules disadvantage secular charities over religious ones as they don't charge for entry. There is normally a religious obligation to contribute, and collection plates are circulated. The average Church of England cash contribution is over £7 per week.

"There should be some relaxation of this criterion, so that secular community groups based in buildings that charge for their services, often just sufficient to cover their costs, can also make use of this scheme as the churches currently do so lucratively.

"Many worthy community action groups who are not religious and much less wealthy than the churches have no option but to charge for their services, often quite meagre amounts seeking only to cover costs

"We want secular charities to be able to benefit in the same way as churches do from this scheme."