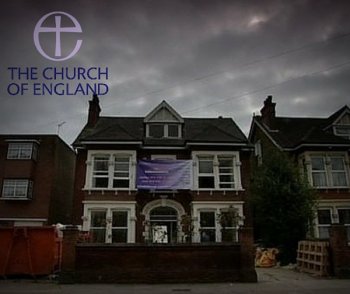 An independent review into Kendall house, a children's home run by the Church of England, has reported "harrowing" findings where girls were sedated and abused.

Children as young as 11 were given powerful drugs, without any medical need and the report found "disclosures of unlawful sexual intercourse, to sexual assault and in a small number of cases, rape."

David Greenwood, the solicitor who represented 15 survivors of abuse at Kendall House, said: "I have been truly shocked at the way in which staff at Kendall House handed our heavy doses of drugs designed to treat schizophrenia to young teenaged girls. Many of the ladies I have represented have suffered poor quality lives as a result of this treatment. Many have been sexually assaulted and most were physically abused. It was only when the Home Office inspectors advised the church to alter the way they deal with drugs that this treatment was brought to an end."

In 2015 Teresa Cooper, an abuse survivor who pushed for the Church of England to launch an investigation, said that the health problems her own children have suffered can all be traced back to the drugs forcibly administered to her at Kendall house.

Keith Porteous Wood, executive director of the National Secular Society, said: "The report catalogues abuse on a monumental scale over many decades first documented in a television expose in 1980.

"Once more, references of complaints to the police over decades failed to result in action against any of the perpetrators. It is difficult to overstate the Church's incompetence in relation to this establishment. The management committee completely failed to protect the children in its care. They failed completely to hold professionals to account and the Church colluded in dismissing legitimate concerns raised by the press, parents and members public. The former Bishop of Rochester Nazir Ali did not even consider the issue to be sufficiently important to mention in his hand over to the new bishop. Had he done so, as the report of this inquiry acknowledges, it would have been addressed many years earlier.

"The Church, despite for many years being cognisant of its culpability for the abuse has failed to offer compensation to victims as would be their human right – including under the UN Convention on the Rights of the Child. This has necessitated victims seeking redress through lawyers. We call on the Church to offer a compensation scheme to all victims without the necessity to involve lawyers. We further regret the timing of the announcement of this report, so conveniently made on perhaps the biggest news day of the year. Only the most naive would see this as a coincidence.

"The Church continues to give greater priority to maintaining its reputation and resources regardless of the adverse effect on victims of its mismanagement."

The report said that victims' accounts were highly consistent, "individually credible" and "corroborative".

The chair of the panel, which was commissioned by the Bishop of Rochester, said the home was "a frightening, violent and unpredictable place to live."

The report found that the home took girls' "individuality", "hope" and "liberty".

The Church of England's lead bishop responsible for safeguarding said, "The appalling standards of care and treatment should never have been allowed.

"On behalf of the national church I apologise unreservedly to all the former residents whose lives were and continue to be affected by their damaging experiences at Kendall House."

Unsurprisingly, being church-led, the report failed to recommend compensation to the victims.

Meanwhile, it also emerged this week that senior church leaders failed to share documents about abusive Bishop Peter Ball with the police. The BBC reported that "the Diocese of Chichester did not share documents which could have jailed Ball earlier." The BBC obtained files that showed Lambeth Palace "received six letters detailing indecency allegations shortly after an arrest in 1992." At the time Ball only received a caution. It was only in 2015 that Ball was finally sentenced to 32 months in prison after he pled guilty to two charges of indecent assault and misconduct in public office.

One of Ball's victims, the Revd Graham Sawyer, has criticised the Church's inquiry into the case, and called for the Terms of Reference to specifically include "bullying, intimidation and threats" made to victims. The Review declined to do so and said its Terms of Reference were already "sufficient".