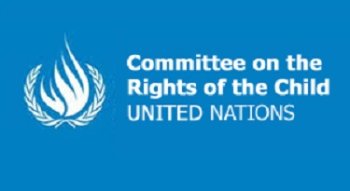 A United Nations committee has urged the UK to repeal laws requiring the provision of 'broadly Christian' worship in UK schools. It also called for pupils to be given the independent right of withdrawal from any religious worship held in schools.

In a report published this week, the UN also calls for age-appropriate sexual and reproductive health education to become mandatory in all schools, including faith schools.

The recommendations reflect concerns raised by the National Secular Society in a briefing submitted to the body leading up to the publication of the report.

In a section on Freedom of thought, conscience and religion, the UN reports states:

The Committee is concerned that pupils are required by law to take part in a daily religious worship which is "wholly or mainly of a broadly Christian character" in publicly funded schools in England and Wales, and that children do not have the right to withdraw from such worship without parental permission before entering the sixth form. In Northern Ireland and Scotland, children do not have right to withdraw from collective worship without parental permission.

The Committee recommends that the State party repeal legal provisions for compulsory attendance at collective worship in publicly funded schools and ensure that children can independently exercise the right to withdraw from religious worship at school.

In a section on adolescent health, the Committee expresses concern that:

Relationships and sexuality education is not mandatory in all schools, its contents and quality varies depending on the school, and LGBT children do not have access to accurate information on their sexuality.

It calls on UK governments to:

Ensure that meaningful sexual and reproductive health education is part of the mandatory school curriculum for all schools, including academies, special schools and youth detention centres, in all areas of the State party. Such education should provide age-appropriate information on: confidential sexual and reproductive health-care services; contraceptives; prevention of sexual abuse or exploitation, including sexual bullying; available support in cases of such abuse and exploitation; and sexuality, including that of LGBT children.

The report also demands the decriminalization of abortion in Northern Ireland in all circumstances and calls for NI to review its legislation "with a view to ensuring girls' access to safe abortion and post-abortion care services".

The UN Committee also calls on Northern Ireland to "actively promote a fully integrated education system and carefully monitor the provision of shared education, with the participation of children, in order to ensure that it facilitates social integration".

"We're pleased that the UN Committee has endorsed our assertion that the UK's laws requiring worship are a breach of young people's rights. Our 70 year old statutes on collective worship were drawn up before any human rights charters and fail to recognise that pupils have human rights too. I hope the UN's endorsement of our long-standing concerns about children's rights on compulsory collective worship and minimal pupil self-opt-out will be a wakeup call to the Government to change our outdated legislation in this area.

"Laws that mandate worship are inimical to religious freedom and go beyond the legitimate function of the state.

"We also hope that the UN's intervention will encourage the Government to ensure that young people's long overdue right to objective, comprehensive and age-appropriate sex and relationships education is put on a statutory basis."

The NSS has been campaigning against compulsory collective worship for most of its 150 year history and worked with peers to put amendments before Parliament in 2011 very similar to those now recommended by the UN. They were rejected at the direction of Michael Gove MP when he was Secretary of State for Education.

The current right of withdrawal from worship for sixth form pupils follows an amendment proposed by the NSS in 2006.

Read the Committee on the Rights of the Child concluding observations on the fifth periodic report of the United Kingdom of Great Britain and Northern Ireland here:

Read the National Secular Society's briefing to the Committee here:

Our supplementary evidence to the Committee is available here: