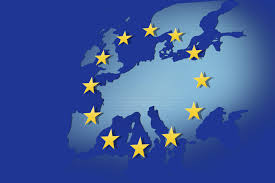 The European Commission has called for inclusive education to help tackle radicalisation across the continent.

Preventing radicalisation must include the promotion of "an inclusive, open and resilient society and reaching out to young people," the Commission said, while presenting its work on further steps the EU can take to help national governments counter radicalisation.

"In the long run, high quality education from pre-school onwards remains the best safety net against social exclusion, which can be for some a factor in radicalisation."

While Members States assume primary responsibility for countering radicalisation which leads to violent extremism, the Commission said that the "EU has a supporting role to play not least because the similar nature of the challenges faced by Member States, and the scale and interconnected nature of the problem".

"Schools have a key role in fostering inclusion and, as core parts of communities, work closely with parents and local associations. Regular contacts with representatives of civil society and role models can make a difference in motivating young people and preventing them from drifting to the margins of society."

At a meeting of the EU Agency for Fundamental Rights in 2015, the NSS called for integrated schools that promoted common citizenship.

NSS campaigns director Stephen Evans commented: "There's an overwhelming case in favour of an inclusive model of education that promotes shared values rather than one organised around religious identities. Reducing religious segregation in our school system should be an urgent priority.

"Even if this separatism in education is only a partial cause of radicalisation, it is fostering the creation of a fragmented society that can only be storing up problems for the future."

Teachers were key to detecting early signs of radicalisation in pupils, the Commission said, something which the UK government has stressed with the Prevent strategy.

First Vice-President of the European Commission Frans Timmermans said: "Recent terrorist attacks have shown how some young Europeans have fallen prey to an ideology of death and destruction, breaking away from their own families and friends and turning against their own societies. This calls for a determined response by society as a whole, to prevent radicalisation and strengthen the ties that bind us together. The EU should help wherever it can."

The United Nations recently criticised Northern Ireland's failure to tackle segregation of schools by religion and called on it to "actively promote a fully integrated education system and carefully monitor the provision of shared education, with the participation of children, in order to ensure that it facilitates social integration".

The Committee on the Rights of the Child also called on the UK Government to repeal the legal requirement for an act of broadly Christian worship in schools.